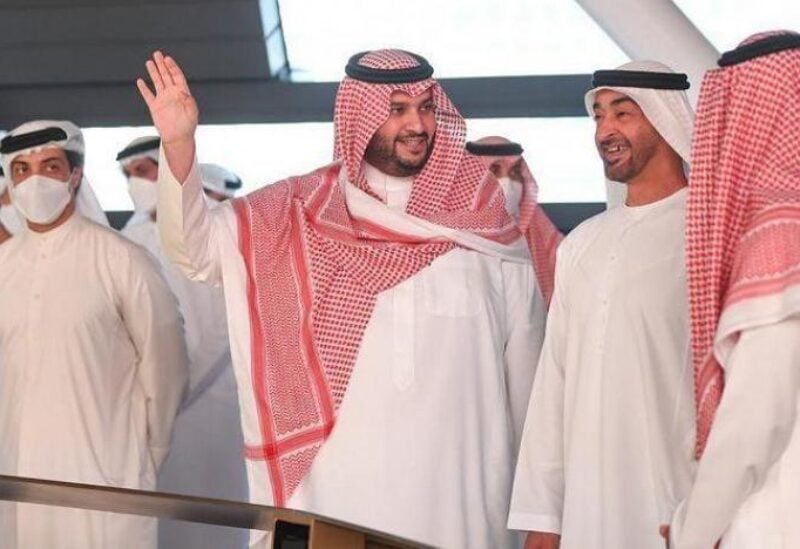 Upon his arrival, Sheikh Mohamed bin Zayed was received by Prince Turki bin Mohammed bin Fahd, Minister of State and Member of the Cabinet of Saudi Arabia, and several officials.

During his tour of the Saudi pavilion, Sheikh Mohamed viewed the country’s inspiring vision for a collective future and its ambitious projects based on four key pillars: People, Opportunity, Heritage, and Nature.

Sheikh Mohamed lauded the distinguished Saudi cadres working at the pavilion and receiving visitors from various countries, noting the Saudi youth are innovative and have considerable overall capabilities, presenting an honorable and bright image of the Kingdom to the world.

Sheikh Mohamed then pointed out the Saudi pavilion is a distinguished addition to the Expo 2020 Dubai, wishing its team success during the global event.

Prince Turki congratulated Sheikh Mohamed on launching the Expo 2020 Dubai, commending the huge development made by the United Arab Emirates under its wise leadership.