More than 150 dead in unrest after Indonesian soccer match 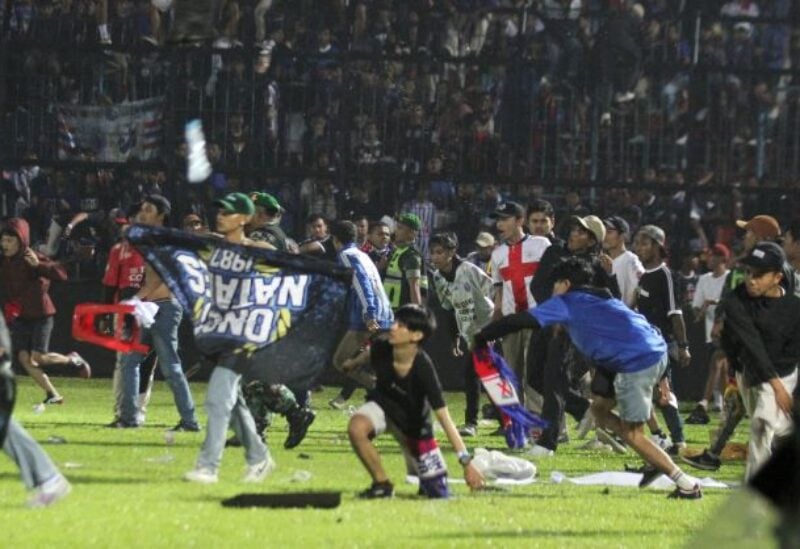 More than 150 people were killed Saturday night after a professional soccer match in Malang, Indonesia, when fans swarmed the field, prompting police to fire tear gas into a packed crowd, causing many to be trampled, according to local officials.

After Arema’s football club lost 3-2 to Persebaya Surabaya, dozens of fans rushed onto the field at Kanjuruhan Stadium, Arema’s home.

Both figures would convert Saturday’s game between the deadliest episodes in football history. In 1964, at least 300 people died in Peru after an unpopular decision by a referee at a soccer match sparked a riot at the country’s national stadium.

“I’m sorry this tragedy happened,” Joko said. “And I hope this is the last football tragedy in the country.”

Hundreds of people ran to an exit gate in an effort to avoid the tear gas. Some suffocated and others were trampled, killing 34 almost instantly.

“The tear gas was excessive,” said Suci Rahayu, a photographer who was at the stadium. “A lot of people fainted. If there were no tear gas, there would be no such riot.”

In a telephone interview with The New York Times, Ms. Suci said that many fans suffered because they were not allowed to bring water into the stadium, which would have helped wash away the tear gas.

In a statement, the Indonesian Legal Aid Foundation said “excessive use of force through the use of tear gas and inappropriate crowd control was the cause of the large number of deaths.” He said the use of tear gas is prohibited by FIFA, soccer’s world governing body.

“The use of tear gas that was not in accordance with crowd control procedures caused supporters in the stands to push each other out of an exit door, causing them to gasp for air, pass out and collide with each other,” the group said.

East Java Police Chief Mr. Afinta defended the use of tear gas, saying it was deployed “because there was lawlessness”.

“They were about to attack the officers and had damaged the cars,” he said.

The Indonesian Legal Aid Foundation said the problem was made worse by overcapacity.Mahfud MD, Indonesia’s coordinating minister for Political, Legal and Security Affairs, said the local football committee printed 42,000 tickets, more than the stadium’s capacity of 38,000.

He said the victims died “because of the stampede.” They were trampled and suffocated to death, he said.  “There were no victims of beatings or ill-treatment of supporters,” he said.

The medical team carried out rescue work at the stadium and then evacuated others to various hospitals, Chief Afinta said at the news conference.

On Twitter, a user uploaded a video showing fans scaling a fence as they tried to flee clouds of tear gas.

In the video, people were heard cursing at the police. The Twitter user tagged President Joko Widodo and Vice President Ma’ruf Amin, saying the tear gas firing had caused the deaths.

Another Twitter user posted a video showing soldiers with shields and batons kicking and punching fans who had rushed onto the field. Authorities then fired tear gas into the field. The videos could not be immediately verified.

The soccer league suspended play for at least a week.

“We are concerned and deeply regret this incident,” said Akhmad Hadian Lukita, president and director of PT Liga Indonesia Baru, known as LIB. “We share our condolences and hope this is a valuable lesson for all of us.”

Football violence has long been a problem for Indonesia. Violent, often deadly rivalries between major teams are common. Some teams even have fan clubs with so-called commanders, who bring large groups of fans to matches throughout Indonesia. Flares are often set off on the pitch and riot police are a regular presence at many matches. Since the 1990s, dozens of fans have been killed in football-related violence.