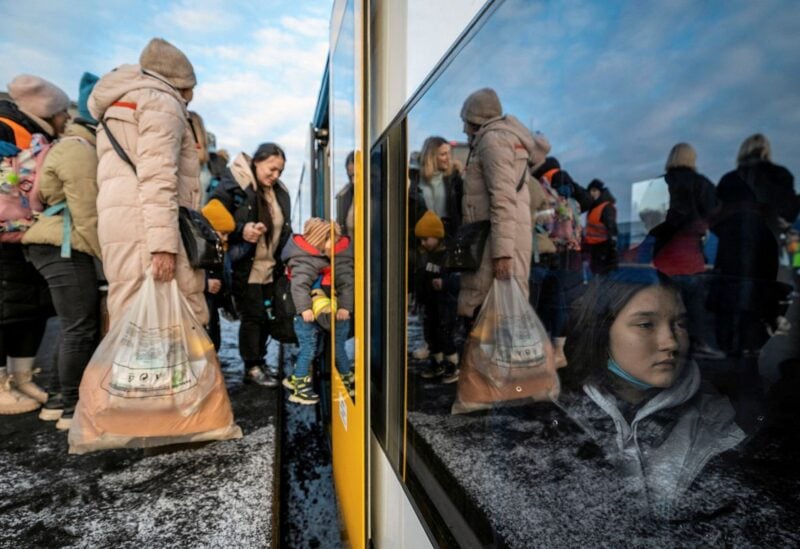 People fleeing Russian invasion of Ukraine change trains at Euroterminal to be transferred to temporary accommodation centers around the country, in Slawkow, Poland March 5, 2022. Grzegorz Celejewski/Agencja Wyborcza.pl via REUTERS

The United Nations refugee agency reported on Wednesday that more than 8.79 million people have left Ukraine across the border since Russia invaded in late February.

According to the agency’s website, 8.793 million passengers have crossed since February 24.