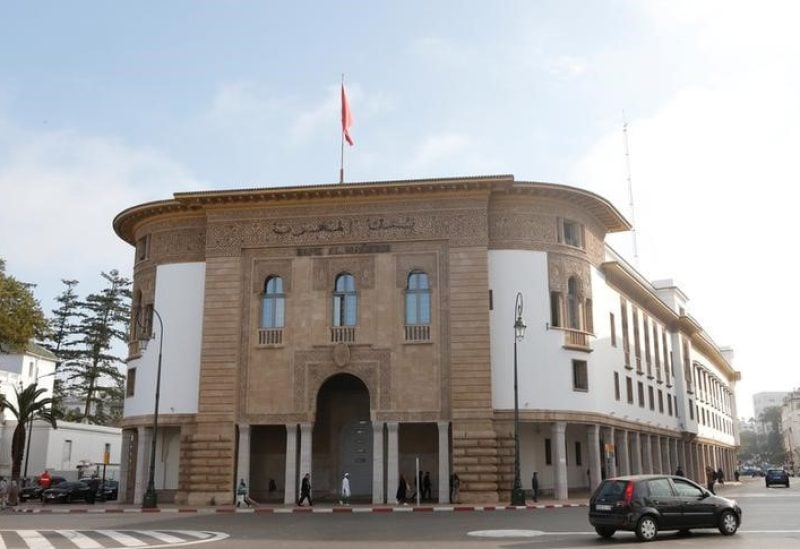 A general view of the Central Bank of Morocco in Rabat, Morocco, February 20, 2020. REUTERS/Youssef Boudlal

Morocco’s central bank announced on Thursday that it will set a 25 billion dirham limit on its first-ever liquidity-boosting buy operations of government bonds, citing the demand-dampening effects of market uncertainty on rate prospects.

By purchasing treasury bonds on January 9 and January 16, the central bank has so far infused 16.2 billion dirhams ($1.6 billion) into the economy.

The move comes amid lower demand for treasury bonds due to “fears of investors regarding the evolution of the benchmark interest rate,” Younes Issami of the Bank’s monetary policy and foreign exchange department told a news conference.

Morocco’s central bank raised its benchmark interest rate in December by 50 basis points to 2.5% as it looks to curb inflation.

“Most investors have no visibility on the evolution of rates … They preferred to wait rather than invest,” he said.

The Moroccan central bank limited the purchases to bonds with less than a year maturity issued less than a month ago, he said.

Separately, Morocco is considering issuing an international bond in 2023 most likely in US dollars, he said.

Morocco hopes to regain its investment grade as it expects to leave the “grey list” of the Financial Action Task Force (FATF) which is currently visiting the country.

The bond issuance is not conditioned on the retrieval of the investment grade which Morocco lost in 2020, Issami said.