Most Algeria Forest Fires ‘Under Control’ 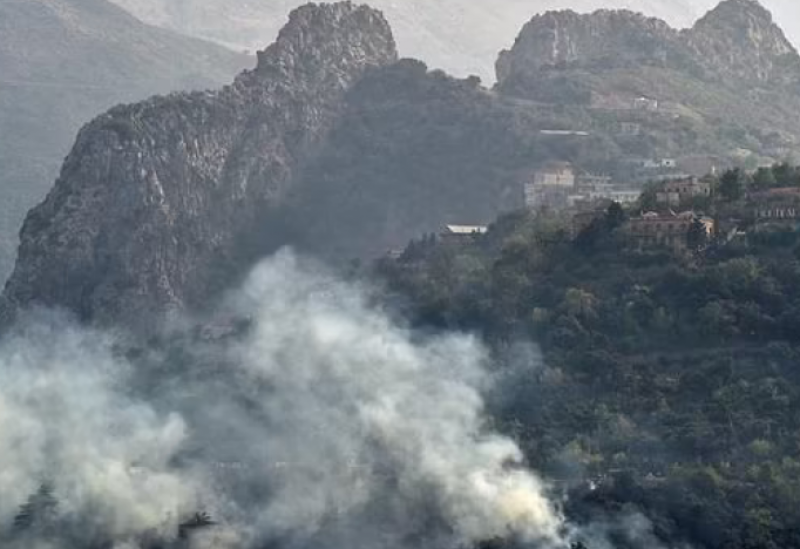 Most of the deadly forest fires that have hit northern Algeria in the past week are “under control” and no longer endanger residents, the country’s emergency services said.

Firefighters were still struggling Sunday to put out 19 blazes, after over 90 people, including 33 soldiers, were killed in wildfires since August 9.

“Most of these fires have been brought under control and don’t represent a danger to residents,” said Colonel Farouk Achour, a spokesman for the civil protection authority.

More than 74 fires had been extinguished in the past 24 hours, he added.

The government has blamed arsonists and a blistering heatwave for the dozens of blazes, but experts have also criticized authorities for failing to prepare for the annual phenomenon.

Algerian police said Sunday they had arrested 36 people including three women after the lynching of a man suspected of having started one of the deadly fires.

“A preliminary enquiry… into the homicide, lynching, immolation and mutilation… of Djamel Ben Ismail… led to the arrest of 36 suspects including three women,” police chief Mohamed Chakour told reporters.

Ben Ismail, 38, had “turned himself in of his own accord” at a police station in the hard-hit Tizi Ouzou region after hearing he was suspected of involvement, he said.

Algeria is Africa’s biggest country by surface area, and although much of the interior is desert, the north has over four million hectares (10 million acres) of forest, which is hit every summer by fires.

In neighboring Morocco, firefighters worked through the night on Sunday and into Monday to bring fires under control amid unfavorable winds.

The fires have destroyed 200 hectares of forest, according to a forestry official, but no victims have been reported.