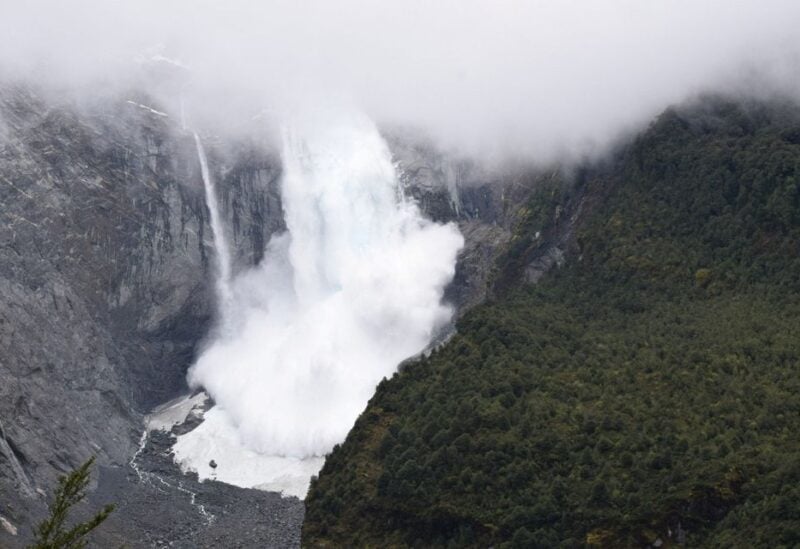 A glacier is pictured calving into the river, in Queulat National Park, in Aysen, Chile September 9, 2022

Higher temperatures and rains, which weaken ice walls, led a section of a hanging glacier at a national park in Chile’s Patagonia area to break off, as seen on camera by tourists.

A glacier atop a mountain about 200 meters (656 feet) high rumbled and broke off in a video that went viral Monday at Queulat National Park, located more than 1,200 kilometers (746 miles) south of Chile’s capital.

Detachments between masses of ice are normal, says University of Santiago climate scientist Raul Cordero, but he noted that the frequency of these events is troubling.

According to Cordero, there was a heat wave with “very abnormal” temperatures in that area of Patagonia before the collapse.

Cordero went on to say that a “atmospheric river” of moderately warm, wet air was also seen. This “river” creates huge clouds and discharges precipitation when it collides with Andean and Patagonian terrain.