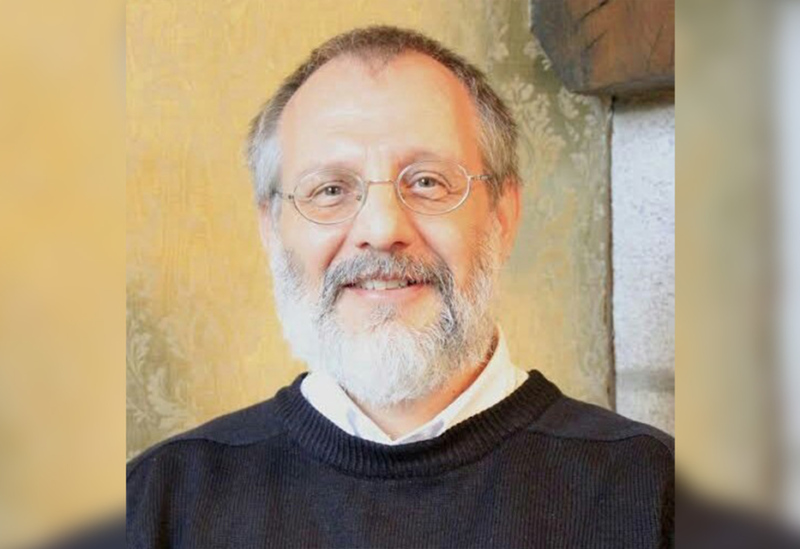 Catholic Priest Olivier Maire who was murdered in France on Saturday. (Twitter)

A priest in western France who was murdered by a Rwandan asylum-seeker suspected of setting fire to a cathedral in an arson attack last year and to whom he had been giving shelter died from a succession of blows to the head, prosecutors said.

The killing of priest Olivier Maire in Saint-Laurent-Sur-Sevre in the Vendee region of western France early Monday shocked the country and prompted an angry exchange between the government and far-right on immigration rules.

An autopsy showed that Maire had six lesions in his head caused by violent blows, but it was not clear what weapon had been used, local prosecutors said in a statement late Tuesday. He would have died rapidly after the attack.

Rwandan asylum-seeker Emmanuel Abayisenga turned himself into police on Monday morning and said he had carried out the attack. He was arrested but psychiatric examinations determined formal detention was not compatible with his mental state and he has now been hospitalized.

Abayisenga is accused of starting the fire that ravaged the great Gothic cathedral in the city of Nantes in July 2020. He had been in custody, but then released and had been given shelter by the Montfortains religious community where Maire was a senior figure ahead of his trial.

A murder investigation has been opened, but prosecutors see no link to terror. France is on high alert over the risk of attacks in churches after a radical Islamist from Tunisia killed three people in a church in Nice in late October.

The Nantes blaze came 15 months after the devastating fire at the Notre-Dame cathedral in Paris in 2019, which raised questions about the security risks for other historic churches across France. Abayisenga had worked as a volunteer at the church.

French far-right leader Marine Le Pen lashed out at the government after the killing, asking why Abayisenga had not been expelled from France after the Nantes fire.

Interior Minister Gerald Darmanin accused her of trying to score political points out of the tragedy, saying that Abayisenga could not be deported as long as he was under judicial control awaiting trial in France.

Immigration is set to be one of the main battlegrounds in French presidential elections next year, where Le Pen is expected to be a leading challenger to President Emmanuel Macron.