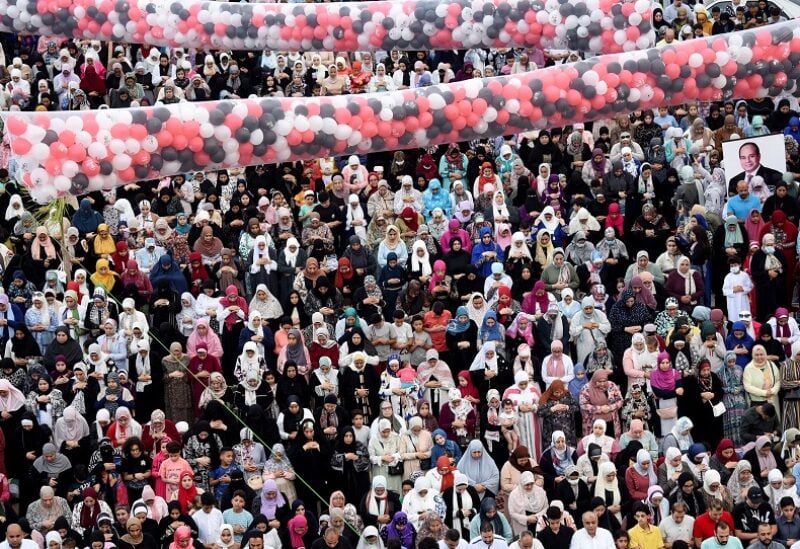 On day one of the four-day Eid al-Adha holiday, an estimated 1.8 billion Muslims worldwide on Saturday flocked to perform prayers.
Following the prayers, many began to slaughter animals, a ritual honoring the willingness of the Prophet Ibrahim (Abraham to Jews and Christians) to sacrifice his own son on God’s behest, before the command was revoked.
The meat of sacrificed animals is shared with the needy.

Citizens of the Turkish Republic of Northern Cyprus (TRNC) flocked to mosques for Eid prayers. Hala Sultan Mosque in the capital Lefkosa and other mosques across the country soon filled up before prayers.

Ersin Tatar, the country’s president, prayed at the Nurettin Ersin Pasha Mosque in the coastal town of Girne.

In the southern Caucasus nation of Azerbaijan, people flocked to the Turkish Martyrs’ Memorial in the capital Baku to perform prayers. They prayed for their country’s peace and welfare and commemorated the martyrs of the Nagorno-Karabakh War of fall 2020. President Ilham Aliyev issued a message celebrating the holiday.

Muslims in the Central Asian nation of Kazakhstan celebrate Eid al-Adha with traditional sports and charity events in the courtyards of mosques. In the capital Nur Sultan, prayers took place at the Hazrat Sultan Mosque.

“May all our prayers be accepted on this blessed day,” he said in a message.

In Uzbekistan, the public went to the Char Minar Mosque in the capital Tashkent for prayers. Muslims filled the streets and surroundings next to the mosque when there was no place left inside.

Thousands of Muslims in Kyrgyzstan did prayers in front of government buildings, including the president himself.

“For a long time, our ancestors sacrificed during Eid al-Adha, expressed their good wishes, and recited from the Quran. They distributed sacrificial meat to the needy, which strengthens the sense of kinship and respect,” said Sadyr Japarov.

In Iraq, Turkmen, Kurds, and Arabs gathered for prayers at the Avci Mosque in Mualla in the northern city of Kirkuk.