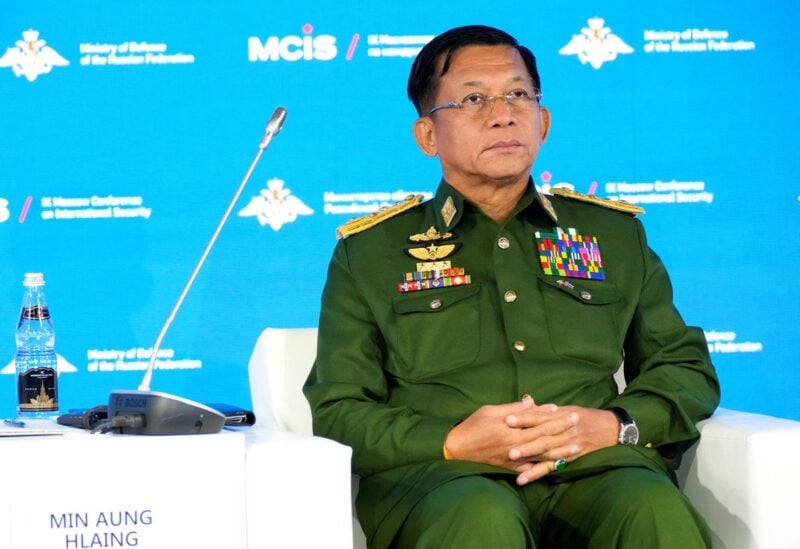 Myanmar’s junta leader was in Russia on Monday, his second trip there in less than two months, as the country’s governing military strives to shore up one of its remaining diplomatic relationships amid mounting international pressure.

He first visited Moscow as leader in June last year, when both sides committed to strengthening military cooperation. He also visited in July on what Russia said was a private visit.

Russia, a main source of military hardware for Myanmar, was one of the first countries to voice support for the junta after the coup, at a time when it was receiving international condemnation over its use of lethal force against opponents.

Myanmar state media said he would attend an economic summit, visit landmarks, universities and factories and his ministers and senior military officials would meet counterparts and “cement friendly cooperation”.

Russia has been providing Myanmar with COVID-19 vaccines and Myanmar is planning to import Russian gasoline and fuel oil to ease supply concerns, as Russia looks for new sources of business amid Western sanctions over its invasion of Ukraine.

Myanmar’s junta has been hit by a raft of sanctions targeting the generals and the extensive business network the military operates.

The United Nations and activists have accused the Myanmar military of atrocities and crimes against humanity and have urged the international community to cut off arms sales, with Russia singled out for supplying drones, jets and air defence systems since the coup.

Myanmar’s military says it is fighting “terrorists” and is seeking to restore peace and re-establish democratic rule after a 2020 election it said was marred by fraud.