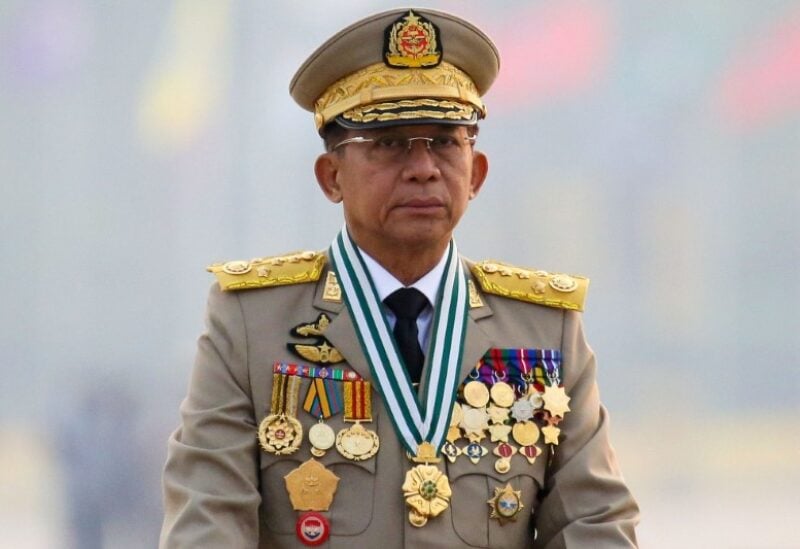 Myanmar’s junta showed off its military strength with a parade in the capital Naypyitaw on Saturday, with its leader Min Aung Hlaing defending last year’s coup as necessary to protect the country from enemies, both domestic and foreign.

Celebrating Myanmar’s Union Day, which marks independence from British colonial rule in 1947, the government also announced that 814 prisoners would be pardoned. Pardons are often granted on major holidays.

It was not immediately clear if Australian Sean Turnell, an economic adviser to deposed Myanmar leader Aung San Suu Kyi and who has been detained for more than a year, was among those pardoned.

The day began with mobile internet blackouts from 4.00 a.m. local time, with the parade of army units and civil servants taking place later in the morning. Also taking part were delegations from Myanmar’s Karen, Chin, and Kayah states, where ethnic and anti-military armed conflicts rage.

“The violence in Myanmar is causing chaos and people are suffering,” he said at the televised ceremony.

The junta spent at least $5 million on the ceremony, a local media outlet reported.

One of the main groups behind the protests, the General Strike Committee of Nationalities, said on Facebook that political prisoners being held at Insein prison in Yangon had begun a hunger strike on Saturday. It was not clear how many prisoners had begun the hunger strike.

A decade of democratic reforms and economic progress in Myanmar came to an end with the Feb. 1 2021 coup.

The junta has arrested thousands including Suu Kyi, who remains in detention in an undisclosed location facing legal charges that could lead to sentences adding up to 150 or more years in prison.

Security forces have killed at least 1,547 people who resisted the takeover, according to a tally by the Assistance Association for Political Prisoners (AAPP).

The junta says the AAPP numbers are exaggerated and soldiers have also been killed in battles.