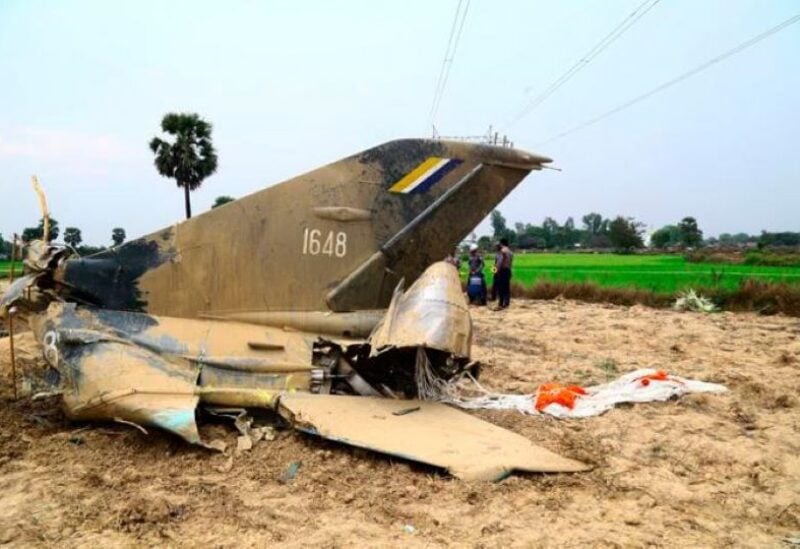 The junta’s information team stated in a statement that a Myanmar military jet crashed Wednesday morning after a “technical breakdown” while traveling in the country’s north.

The plane, which took off from the Tada-U air force base near Mandalay, “lost touch about 10:43 a.m. this morning (0413 GMT)” and crashed in the Sagaing district, according to the statement, which also stated that search and rescue activities for the pilot had begun.

According to the statement, the pilot was on a non-combat training mission.

In numerous locations, including Sagaing, Myanmar’s junta has used airstrikes to combat “people’s defense forces,” armed groups that have grown up to oppose the military administration.

Plane disasters are prevalent in Myanmar, which has a nascent aviation industry, and the country’s monsoon season has previously hampered commercial and military flights.

A Myanmar military plane carrying a senior monk and other donors to a religious ceremony crashed in the country’s center region in June, killing 12 people.

In 2017, a military plane crashed into the Andaman Sea, killing all 122 persons on board in one of the country’s deadliest aviation accidents. The weather was blamed by the authorities.

Amid 2015, a passenger plane from Air Bagan went off the runway in severe rain. One person on the ground and one passenger were killed.