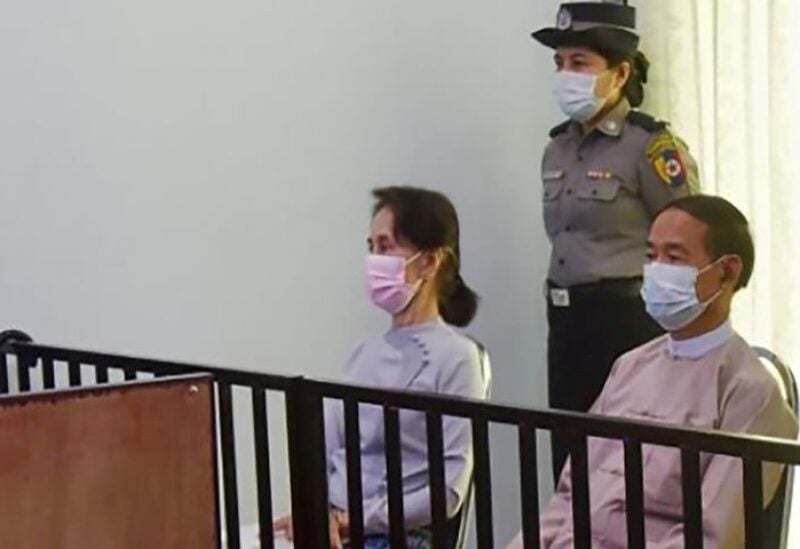 This file handout photo taken on May 24, 2021 and released by Myanmar's Ministry of Information on May 26 shows detained civilian leader Aung San Suu Kyi (L) and detained president Win Myint (R) during their first court appearance in Naypyidaw,

According to a source acquainted with the proceedings, Myanmar’s deposed leader Aung San Suu Kyi was sentenced to four years in prison on Monday on charges of inciting and violating a natural disaster statute.

According to the source, who spoke on the condition of anonymity, deposed President Win Myint received the same prison term in the first judgments against the previous leaders who were placed on trial after the military took power in a coup on Feb. 1.