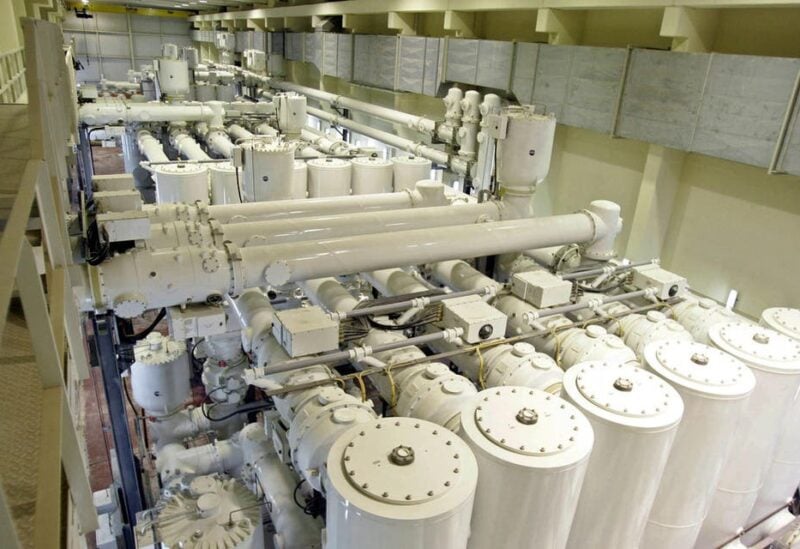 A part of the Bushehr Nuclear Power Plant is seen, some 750 miles (1,245 kilometers) south of the capital Tehran, Iran. (File: AP)

Amid growing tension over Tehran’s nuclear ambitions, mystery surrounded an explosion at the Bushehr nuclear power plant in Iran on Monday.
Iranian authorities said the 5 a.m. incident was related to an air defense drill, but also warned that Tehran would give a “crushing response” to any Israeli attack.
“This exercise took place with full preparation and coordination with the armed forces,” Bushehr’s deputy governor Mohammadtaqi Irani said, amid reports of anti-aircraft fire in the area.
The incident is similar to another this month, when Iranian authorities said air defenses had fired a missile as part of a military drill after reports of a large explosion above the central town of Natanz, which houses Iran’s main nuclear research facility.
Israel has carried out several attacks on facilities linked to Iran’s nuclear program, including one in April at Natanz site, and has killed several Iranian nuclear scientists. It opposes efforts by world powers to revive the 2015 Iran nuclear deal, and has long threatened military action if diplomacy fails to prevent Tehran from acquiring a nuclear bomb. Israel has the Middle East’s only nuclear arsenal.
Iran said it would retaliate to any Israeli move against it. “If Israel carries out attacks against Iran, our armed forces will immediately attack all centers, bases, routes, and spaces used to carry out the aggression,” said Gholamali Rashid, a senior commander of the Islamic Revolutionary Guard Corps.
“Any threat to Iran’s nuclear sites and military bases by the Zionist regime is not possible without the green light of America.”
Talks with Iran in Vienna to reinstate the nuclear pact have made little progress since they resumed last month for the first time since Iran’s hard-line president, Ebrahim Raisi, was elected in June. The talks are expected to resume on Dec. 27.
The 2015 deal lifted sanctions against Iran in return for tough restrictions on its nuclear activities aimed at extending the time it would need to obtain enough fissile material for a nuclear bomb.
The US pulled out of the agreement in 2018 and Donald Trump reimposed sanctions that have crippled the Iranian economy.
Iran has since responded by gradually enriching uranium to levels prohibited under the original agreement.
The talks in Vienna are stalled over whether the US or Iran should take the first steps to return to compliance with the deal.