NATO allies wake up to Russian supremacy in the Arctic 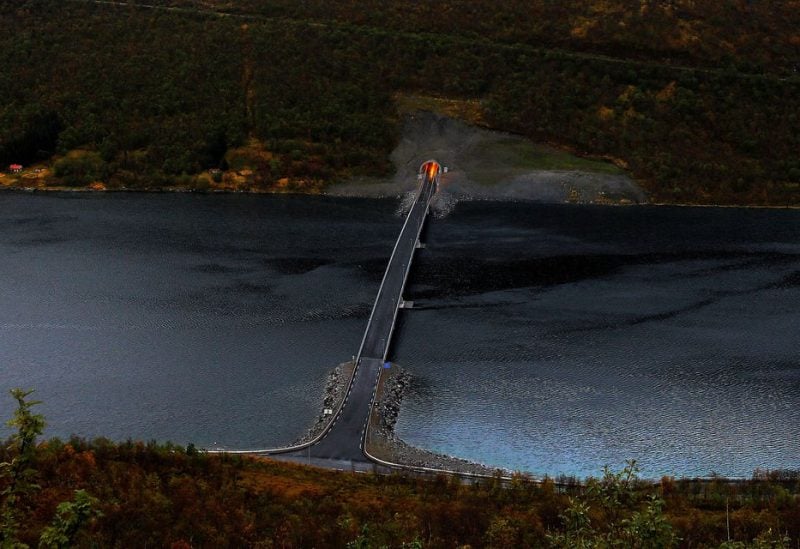 A bridge connects parts of Senja island over a fiord, north of the Arctic Circle in Norway September 29, 2014.REUTERS

Western space agencies use the largest satellite ground station in the world, located on the Svalbard archipelago off the coast of Norway, to collect crucial signals from polar-orbiting satellites. One of the two fiber-optic cables on the Arctic seafloor that link Svalbard to the mainland was severed in January. Norway had no choice but to use a backup link.

Another cable that was being used by a Norwegian research facility to keep track of activity on the Arctic seafloor was severed in April 2021.

He was speaking generally and did not offer any evidence to suggest deliberate damage, but months later, in September, saboteurs caused major leaks to suddenly erupt in gas pipelines from Russia to Europe on the floor of the Baltic Sea. Russia’s defense ministry did not respond to a request for comment.

As Russia’s invasion of Ukraine ends a post-Cold War era of low tension and cooperation, such events highlight how hard it is for states to monitor their own waters – particularly in the Arctic, an ocean one and a half times the size of the United States, where satellites are crucial to allow real-time detection and monitoring of activity.

Over recent years, NATO allies and Russia have scaled up military exercises in the region; Chinese and Russian warships conducted a joint exercise in the Bering Sea in September. Norway raised its military alert level in October.

But the West trails Russia in military presence.

Four Arctic experts say it would take the West at least 10 years to catch up with Russia’s military in the region, if it chose to do so.

“The Arctic is currently a dark area on the map,” said Ketil Olsen, formerly Norway’s military representative in NATO and the European Union, who heads Andoeya Space, a Norwegian state-controlled company that tests new military and surveillance technologies and launches research rockets.

“It’s so vast and with few civilian surveillance resources.”

The chief of the U.S. Northern Command, General Glen VanHerck, told a Senate hearing in March the United States needed better Arctic “domain awareness” to detect and address Russian and Chinese capabilities to launch advanced missiles and destroy communications infrastructure. In a Pentagon strategy document released in October, the United States committed to improving early warning and surveillance systems in the Arctic, but the pace of the planned modernisation is unclear.

At the same time, fast-rising temperatures are creating problems for some U.S. military infrastructure built on permafrost foundations, which are melting. Coastal erosion could also impact U.S. radar sites, the Pentagon says.

There are few risks in the near term, U.S. officials and military analysts say: The West is far stronger than Russia in conventional forces and Russia’s limited success in Ukraine exposed weaknesses many in the West had not expected.

Russia’s military efforts are currently mostly focused on Ukraine, leaving “very limited strength of personnel on the army side” in the Arctic Kola Peninsula, which is home to its Northern Fleet navy and nuclear submarines, according to Kristoffersen.

U.S. missile defences are designed to defend against a limited attack from a rogue state, and the United States has expressed confidence in its ability to deter a nuclear attack by Russia or China. But insufficient visibility in the Arctic could limit U.S. response time in a crisis, a situation VanHerck and other officials want to avoid.

Police investigating the Norwegian cable ruptures interviewed the crew of Russian fishing trawlers that had been nearby, but dropped the investigations without charge for lack of evidence of what happened; the government said it brought forward a planned upgrade of the back-up line.

If a sabotage attack were to happen in Norway, it would likely be difficult to hold anyone accountable for it, Hedvig Moe, deputy head of Norway’s PST police security service, told Reuters. “We call it a deniable attack in our world,” she said.

“NATO is increasing its presence in the Arctic with more modern capabilities,” NATO chief Jens Stoltenberg told Reuters. “This is of course a response to what Russia is doing. They have significantly increased their presence … and therefore we also need greater presence.”