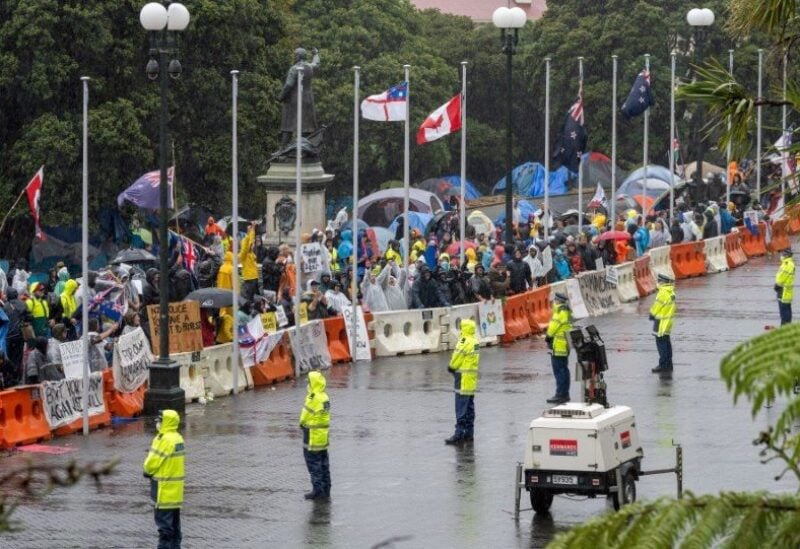 Police in New Zealand banned off clearing automobiles obstructing highways outside parliament in a protest against coronavirus vaccine mandates on Friday, citing the possibility of “further injury.”

Hundreds of protestors have used automobiles to block numerous roads around Wellington’s unique parliament building, the Beehive, for 11 days, and camped out on its front lawn, taking inspiration from trucker demonstrations in Canada.

According to Coster, any use of force by the police might result in public casualties, turn a mainly peaceful protest violent, and increase the number of demonstrators.

Since the epidemic began, New Zealand, a country of five million people, has recorded little over 10,000 confirmed cases of COVID-19 and 53 deaths. New Zealand recorded 1,929 new local cases on Friday, an increase over the previous one-day high of 1,573 on Thursday, thanks to the omicron type.

Vaccination is required for some persons, and about 94 percent of those who are eligible are vaccinated.

The demonstration began as a protest against vaccine mandates, but it was soon joined by groups advocating for the removal of all pandemic restrictions.

Prime Minister Jacinda Ardern described the protests as a “imported” phenomenon and dismissed requests to lift all restrictions.

The demonstration has disrupted the operations of some nearby workplaces and companies.

Because the demonstrators’ vehicles were preventing secure access to the court, Chief Justice Helen Winkelmann declared judicial processes requiring the presence of defendants in jail could not proceed.

In a statement, Winkelmann stated, “The current position is incredibly challenging.”