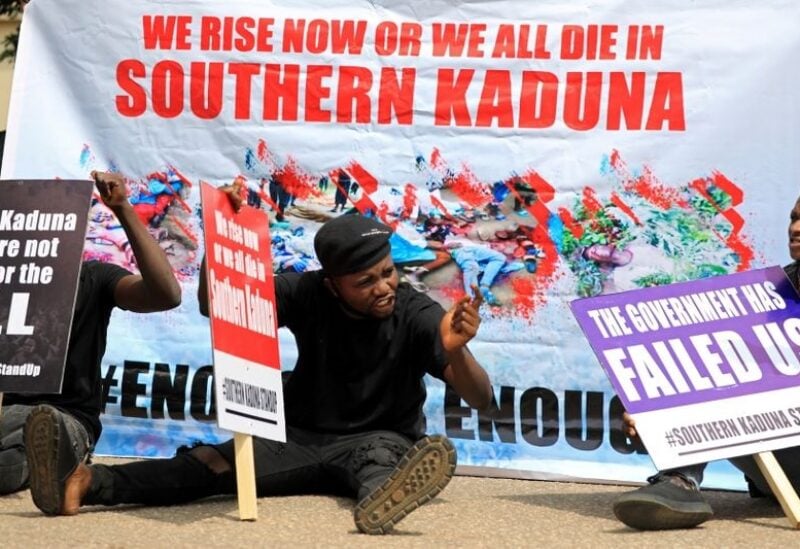 FILE PHOTO: People gather to protest the incessant killings in southern Kaduna and insecurities in Nigeria, at the U.S. embassy in Abuja, Nigeria August 15, 2020. REUTERS/Afolabi Sotunde

On Tuesday, armed men stormed Greenfield University in Kaduna state, killing one person and abducting an unknown number of students, the latest in a series of kidnappings at educational institutes that are mostly carried out for ransoms.

A university spokesman did not immediately respond to calls and messages seeking comment.

The government and security forces have largely been unable to stop the attacks as they struggle to contain worsening violence and criminality across the West African country.