Nigeria’s flooding spreads to the Delta, upending lives and livelihoods 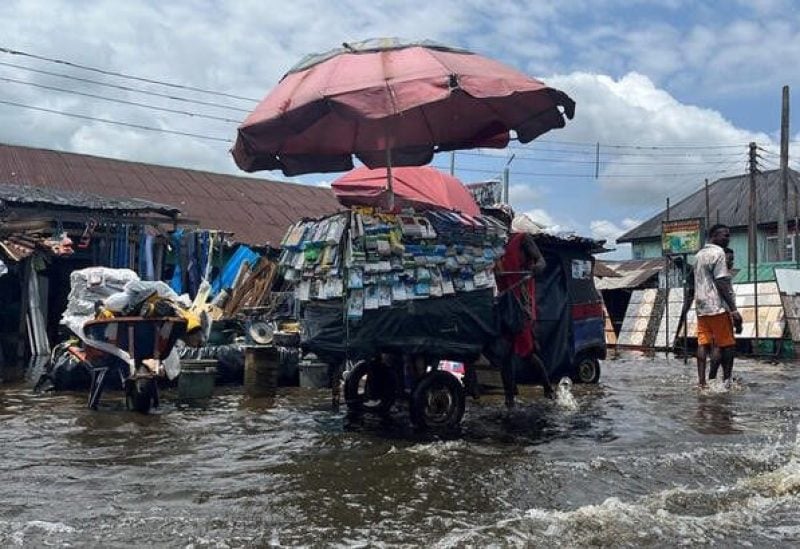 People wade through fast-flowing water, clutching each other to keep from being washed away, while balancing bags, clothing, and food on their heads.

Until recently, the torrent was the East-West Road in Nigeria’s Rivers state, the gateway to the country’s oil and gas.

Rivers, as well as vast swaths of 32 other states, are now submerged by the worst floods in 12 years.

“We cannot access Ahoada West anymore,” local government chairman Hope Ikiriko said of the area he represents. He said 30 boats were helping to move people to camps built to accommodate the area’s 150,000 displaced.

“We are going to rescue people who hitherto never wanted to quit,” he added.

The flooding has killed more than 600 people, displaced around 1.4 million and damaged or destroyed 440,000 hectares of farmland. Health officials warn it could worsen an ongoing cholera outbreak, and even natural gas exports are at risk.

“Climate change is playing a big role in this,” said Hiba Baroud, associate professor of civil and environmental engineering at Vanderbilt University. “But the other component is…the vulnerability of the infrastructure. This is how we end up in a disaster like this one.”

The 2021 Notre Dame Global Adaptation Index ranked Nigeria among the bottom 20 nations in its readiness to adapt to climate change.

Baroud said a Nigerian dam meant to backstop Cameroon’s Lagdo was planned, but never completed. A lack of zoning allows houses in flood zones and poor irrigation places farmers at the edge of rivers that can inundate their fields.

“It’s going to have cascading effects on diseases, on food security and so on,” Baroud said.