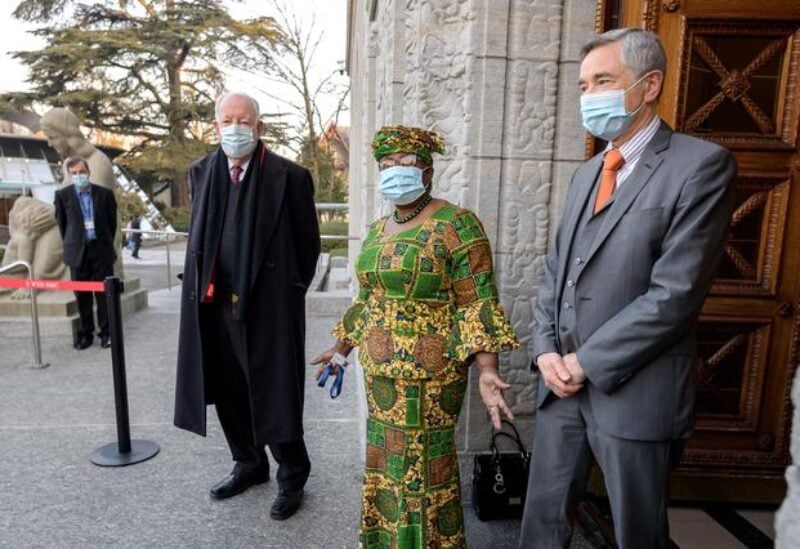 Following a long campaign that was derailed in the late stages by a Trump administration veto, the 66-year-old Nigerian was finally confirmed as boss last month, vowing to “forget business as usual” at the body which is struggling to strike new deals and whose arbitration functions are crippled.

“It feels great. I am coming into one of the most important institutions in the world and we have a lot of work to do. I feel ready to go,” Okonjo-Iweala told a reporter as she arrived at the WTO’s lakeside Geneva headquarters.

The first day of the former finance and foreign minister at the helm of the WTO coincides with a meeting of its top decision-making body, the General Council. Its 164 member states are set to address topics such as trade rules on coronavirus vaccine distribution which Okonjo-Iweala has identified as a priority.

On the agenda is also the date and venue for its major ministerial conference which was set to be held in Kazakhstan last year but was deferred due to the global pandemic.

The director-general has said she hopes that event will provide a venue for clinching multiple deals including on cutting fisheries subsidies and reform of the WTO’s top appeals body which was crippled by former US President Donald Trump’s administration.

Since the director-general role holds few executive powers, some analysts question Okonjo-Iweala’s ability to revive the body in the face of so many challenges including persistent US-China trade tensions and growing protectionism fueled by the COVID-19 pandemic.