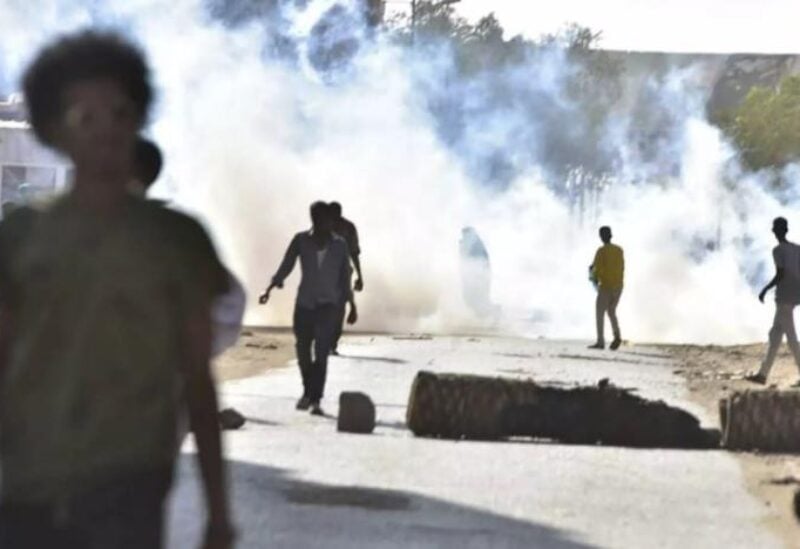 After the deadliest day of protests since Sudan’s coup last month, the envoy of Norway, a key diplomatic player and major donor in the strife-torn country, bemoaned the “intolerable” crackdown.

“I strongly condemn the violence used against unarmed protesters in Khartoum,” ambassador Therese Loken Gheziel told AFP after at least 15 protesters were killed in the capital on Wednesday.

“Hindering access to hospitals and disrupting safety and treatment in hospitals is intolerable and illegal,” she said, adding that phone and internet shutdowns are also “not conducive to meaningful dialogue”.

Norway is a member of the Troika, with Britain and the United States, that played a key role in brokering a 2005 peace deal between the Sudanese government and rebels which paved the way for the creation of South Sudan.

It has been involved in crisis talks since the October 25 takeover led by Sudan’s top general Abdel Fattah al-Burhan, who detained the civilian leadership, upending a two-year transition to civilian rule.

Doctors said most deaths were caused by bullets, while police have denied using live ammunition and insisted they have employed “minimum force” to disperse the protests.

Gheziel said Norway has “warned against disproportional use of force” in meetings with the Sudanese military leadership.

“It’s unacceptable the demonstrators exercising their right to express their views are put in danger,” she said. “The security forces’ mandate is to protect the people.”

Burhan, Sudan’s de facto leader since the April 2019 ouster of president Omar al-Bashir, insists the military’s move “was not a coup” but a step “to rectify the transition” to civilian rule.

The Norwegian government however “labelled this a military coup”, Gheziel said. “There has been a unilateral action taken by one of the partners to the transition and this is the military partner.”

The takeover came after splits had deepened over months between civilians and the military under the now-deposed government.

“We knew there were issues but (believed) that it could be discussed and dealt with by the partners themselves,” said Gheziel. “We were caught by surprise because we had such high hopes.”

Since the coup, Gheziel and other ambassadors from the Troika and the European Union have shuttled between military leaders and Prime Minister Abdalla Hamdok, who is under effective house arrest.

“What I hear in all these meetings is a degree of anger and frustration from both sides,” she said, adding that both sides had nonetheless expressed willingness for the partnership “to be mended”.

‘There is still hope’

The coup has sparked international condemnation and punitive measures by Western governments and the World Bank, imperilling the impoverished country’s access to aid and investment.

Norway had tripled its earmarked support for Sudan since the 2019 power-sharing deal to 27 million euros ($30.6 million) last year.

Gheziel however said further support “has been paused because we all need to see a clear roadmap out of this crisis”.

Although “no decisions” have been taken, there will also be an assessment of projects directly supporting government institutions, she added.

Norway has since the coup called for Hamdok’s return to office in accordance with the 2019 power-sharing deal.

The UN economist-turned-premier “can be that bridge that gets this country through… the troubled waters”, said Gheziel.

Burhan has announced a new civilian-military ruling council in which he kept his position, along with a powerful paramilitary commander, three senior military figures, three ex-rebel leaders and one civilian.

But the other four civilian members were replaced with lesser known figures.

The Troika said that move “complicates efforts to put Sudan’s democratic transition back on track”.

Gheziel added that “there is consistent international pressure” to restore the transitional process.

“This pressure will be upheld. I am quite sure of that and we also see a very strong pressure from inside.”

Despite the setbacks in these efforts and the violence on the streets, the ambassador insisted that “there is still hope”.