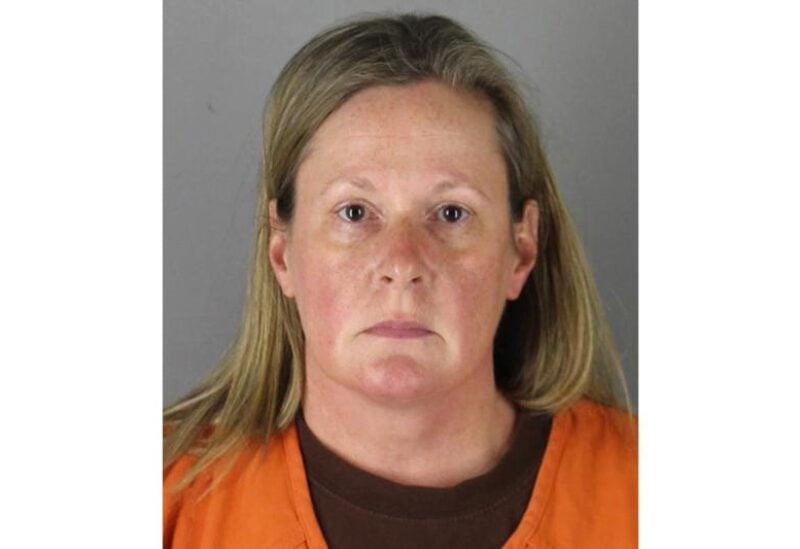 Former Brooklyn Center Officer Kim Potter, who is white, has an omnibus hearing, also known as a pretrial hearing, on Monday afternoon in Hennepin County District Court. The purpose of such a hearing is to go over evidence and determine if there’s probable cause for the case to proceed.

Wright, father of a young son, was killed April 11 after a traffic stop. The former Brooklyn Center police chief has said he believes Potter meant to use her Taser on Wright instead of her handgun. Body camera video shows her shouting “Taser!” multiple times before firing. The shooting ignited days of unrest. Wright’s family members and protesters had wanted prosecutors to file murder charges.

The shooting happened amid the trial for Derek Chauvin, the white former Minneapolis police officer who was convicted of murder for pressing his knee against George Floyd’s neck as the Black man said he couldn’t breathe.

Police have said Wright was pulled over for expired tags, but they sought to arrest him after discovering an outstanding warrant. The warrant was for his failure to appear in court on charges that he fled from officers and had a gun without a permit during an encounter with Minneapolis police in June.

Police body camera video shows Potter approaching Wright as he stands outside of his car as another officer is arresting him. As Wright struggles with police, Potter shouts, “I’ll Tase you! I’ll Tase you! Taser! Taser! Taser!” before firing a single shot from a handgun in her right hand.

The criminal complaint noted that Potter holstered her handgun on the right side and her Taser on the left, both with their grips facing rearward. To remove the Taser — which is yellow and has a black grip — Potter would have to use her left hand, the complaint said.

Intent isn’t a necessary component of second-degree manslaughter in Minnesota. The charge — which carries a maximum penalty of 10 years in prison — can be applied in circumstances where a person is suspected of causing a death by “culpable negligence” that creates an unreasonable risk and consciously takes chances to cause a death.

Wright family attorney Ben Crump has disputed that the shooting was accidental, arguing that an experienced officer knows the difference between a Taser and a handgun. Experts say cases of officers mistakenly firing their gun instead of a Taser are rare, usually less than once a year nationwide.

Brooklyn Center was moving toward firing Potter when she resigned shortly after the shooting. The city’s police chief also resigned, after the City Council fired the city manager. – Associated Press