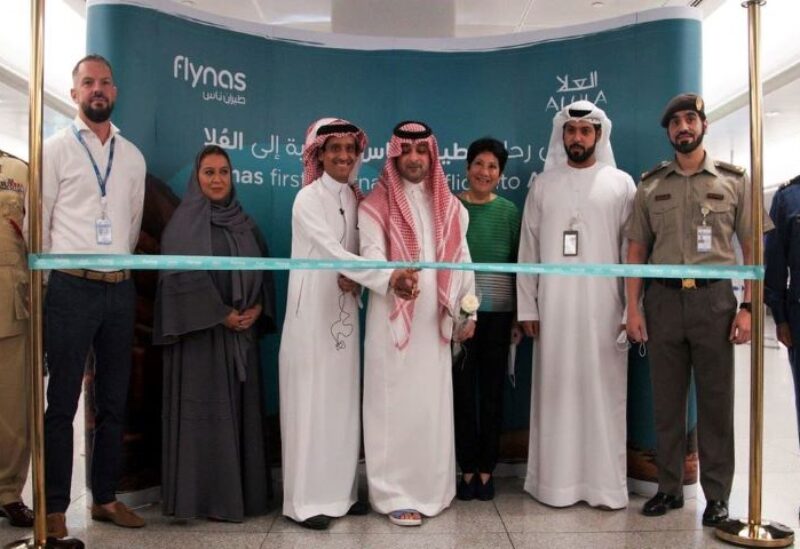 The Flynas flight marked a new chapter in the Kingdom’s history as it opened up to the rest of the world, continuing a push to expand the Kingdom’s tourism sector as part of broader efforts to diversify away from oil.

A second Flynas flight to AlUla was scheduled to depart from Kuwait on Saturday but has been rescheduled for an unspecified date, according to Melanie de Souza, Executive Director of Destination Marketing at the Royal Commission for AlUla (RCU).

“This is the beginning of a fantastic partnership with an airline that has recently added domestic routes from Riyadh, Dammam, and Jeddah,” de Souza said.

“In terms of people’s choice of destination, air access is a critical determinant.” “AlUla is capturing the world’s attention as this magical destination in Saudi Arabia’s north, based on heritage, culture, and a variety of amazing activities,” de Souza added.

“This will make a difference not only for the UAE market, but also for connecting markets in the UK and Europe.”

Paid passengers, members of the press, and social media influencers were on board the flight, which was scheduled to depart from Dubai at 11:30 a.m.