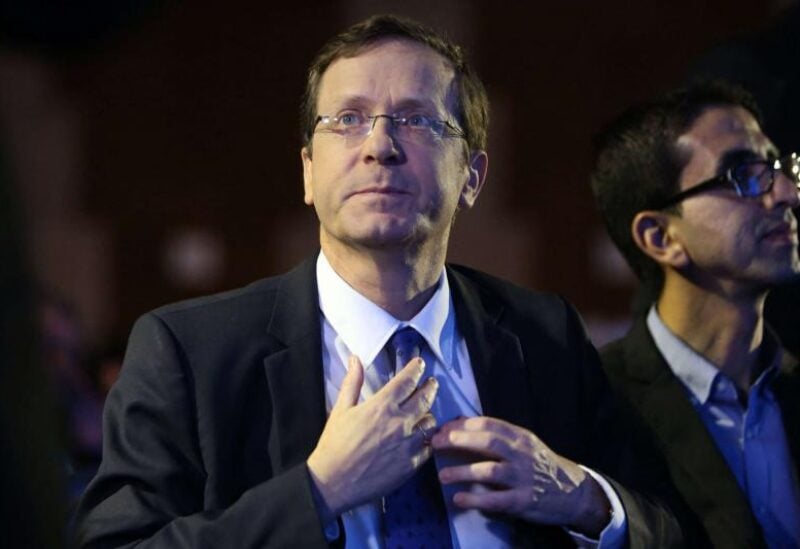 The visit paid by Israeli President Isaac Herzog to the Ibrahimi Mosque in the West Bank city of Hebron, to celebrate the Jewish festival of Hanukkah,was condemned Monday, by The Organization of Islamic Cooperation (OIC).
Herzog forced his way into the mosque on Sunday to participate in a candle-lighting Jewish ceremony. He was accompanied by a large number of Israeli police forces and Jewish settlers.
In a statement, the Jeddah-based OIC decried the move as a “provocation of sentiments of Muslims” and a “continuation of Israeli assaults on the rights of the Palestinian people, their land and holy sites”
The pan-Muslim grouping said the Israeli president’s visit “was part of Israeli plans to Judaize the Ibrahimi Mosque and tighten Israeli grip on it”.
The OIC called on the international community to “act urgently to protect the holy and historical sites [in Palestine] and to force the Israeli occupation authorities to respect the sanctity of the holy sites.”
On Sunday, Sheikh Hefthi Abu Sneina, director of the Ibrahimi Mosque, said Israeli forces shut the mosque and prevented Palestinian worshippers from reaching the site.
After the 1994 massacre of 29 Palestinian worshippers inside the mosque by a Jewish extremist settler, Baruch Goldstein, the Israeli authorities divided the mosque complex between Muslim and Jewish worshippers.
UNESCO World Heritage Committee decided in July 2017 to include the Ibrahimi Mosque and the old city of Hebron on its World Heritage List.
Hebron is home to roughly 160,000 Palestinian Muslims and about 500 Jewish settlers. The latter live in a series of Jewish-only enclaves heavily guarded by Israeli troops.