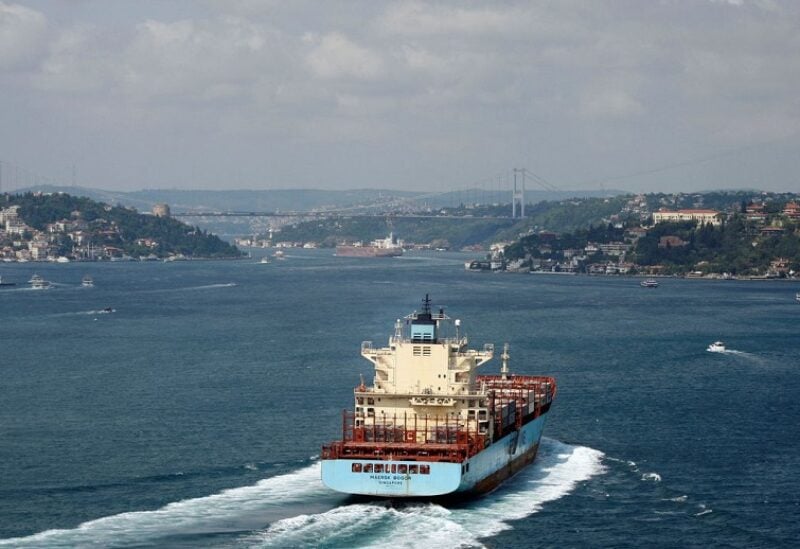 An oil tanker passes through the Bosphorus to the Black Sea in Istanbul July 20, 2012. REUTERS/Osman Orsal/

Amidst heightened tensions with Iran, oil tanker associated with an Israeli billionaire has been struck by a bomb-carrying drone off the coast of Oman, an an official told The Associated Press on Wednesday.
The attack happened Tuesday night off the coast of Oman, the Mideast-based defense official said. The official spoke on condition of anonymity as they did not have authorization to discuss the attack publicly.
The United Kingdom Maritime Trade Operations, a British military organization in the region monitoring shipping, told the AP: “We are aware of an incident and it’s being investigated at this time.”
The official identified the vessel attacked as the Liberian-flagged oil tanker Pacific Zircon. That tanker is operated by Singapore-based Eastern Pacific Shipping, which is a company ultimately owned by Israeli billionaire Idan Ofer.
A phone number for Eastern Pacific rang unanswered Wednesday and multiple emails were not immediately acknowledged. A call to the Israeli Embassy in Abu Dhabi similarly rang unanswered.

The United States Navy’s Fifth Fleet is aware of the incident involving the commercial vessel, Commander Timothy Hawkins told Reuters on Wednesday.
The Oman Maritime Security Centre, however, said it had no information at this time.
According to shipping tracking site MarineTraffic, the tanker, Pacific Zircon, was last seen off the coast of Liwa, Oman on Monday morning. It departed from Sohar, Oman on Monday afternoon with its destination set as the port of Buenos Aires, Argentina.

While no one immediately claimed responsibility for the attack, suspicion immediately fell on Iran. Tehran and Israel have been engaged in a yearslong shadow war in the wider Middle East, with some drone attacks targeting Israeli-associated vessels traveling around the region.
Tehran had begun escalating its nuclear program following the US’ unilateral withdraw from its atomic deal with world powers.
Iranian state media did not immediately acknowledge the attack on the Pacific Zircon.