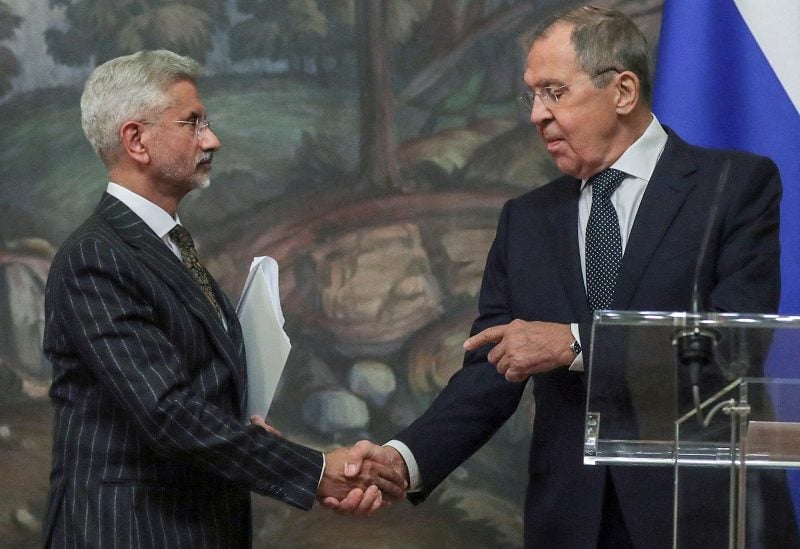 Aiming to strengthen ties between both nations, Indian External Affairs Minister Subrahmanyam Jaishankar met his Russian counterpart Sergei Lavrov in Moscow on Tuesday. Both leaders discussed climate, trade, the Ukraine war, and other issues of mutual interest.
After the crucial meeting, Jaishankar said during a press conference that India has “substantial” and “time-tested relations” with Russia. He noted that India is trying to find ways to expand this relationship and also make it more durable.
He said that during the meeting, both ministers discussed areas where there are “natural interests” between both countries. He said: “India and Russia have grappled with how to expand our bilateral trade.”
The Indian foreign minister said that India is naturally concerned about trade imbalance and he has also raised this with the Russian side regarding “how to arrest impediments that stand in the way of Indian exports”.
Jaishankar said that they exchanged views on international issues of mutual interest. He said, “Ukraine conflict was the dominant feature. As PM conveyed to Russian pres Putin this is not an era of war.” He noted that the global economy is simply too “interdependent for significant conflict” anywhere not to have major consequences elsewhere.
The Indian minister said that regarding the oil supply issue, there is stress on the energy market. However, he said that as the world’s third-largest consumer of oil and gas, it is “our fundamental obligation” to ensure that Indian consumers have the best possible access on the most advantageous terms to the international market.
Meanwhile, Lavrov said during the meeting that with the changes the international community is going through, it’s important to “compare our notes”, and our “assessments integrally” on how we are going to work on the goals set by the Russian President Vladimir Putin and Indian Prime Minister Narendra Modi on the economy, trade, investments, tech sphere.