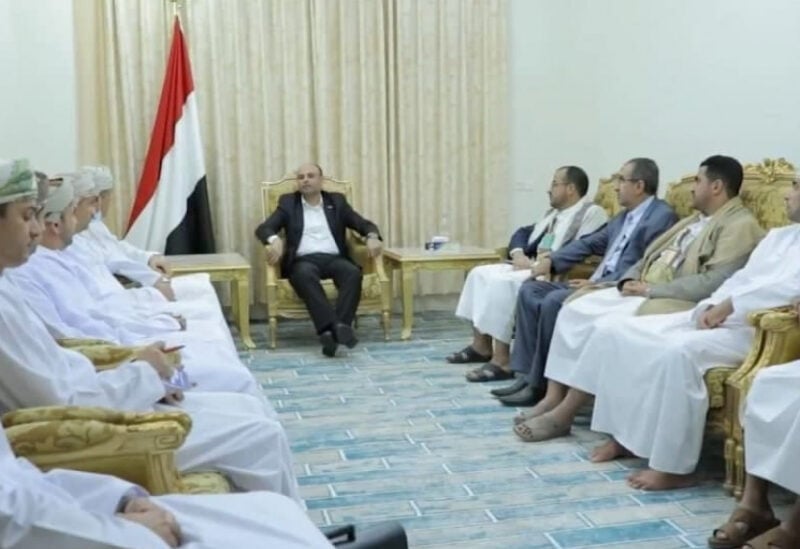 The Omani delegation left the capital Sanaa, today, which is under Houthi militia control, after a week of consultations with the militia leaders on the ceasefire initiative.

The delegation did not issue any statement about the results of its meetings with militia leaders, which lasted for about a week.

And last Saturday, an Omani delegation arrived in the capital, Sanaa, accompanied by a number of Houthi leaders who were residing in Muscat; In order to move the stagnant water in the course of the talks between the legitimate government and the Houthi militia.

And on Tuesday, Al-Quds Al-Arabi newspaper reported that a political source said, “The Omani delegation that visited Sanaa carried US and international threatening messages to Abdul-Malik Al-Houthi and the group’s leadership to force the Houthi group to agree and accept the contents of the United Nations initiative.”

During the presence of the Omani delegation in Sanaa, the terrorist Houthi militia committed two massacres against civilians in the Ma’rib governorate, with two separate attacks targeting civilian objects with ballistic missiles and drones, killing and wounding about 60 people, including children and women.

Yesterday evening, Thursday, the Yemeni Foreign Ministry praised, in a statement, the “sincere efforts of the brothers in the Sultanate of Oman,” and considered the continuation of the Houthi coup militia to target civilians in the city of Marib with ballistic missiles and booby-trapped drones, a great disregard for those efforts.

It added that the militia refuses to open Sanaa airport except on its own (unnamed) conditions.