Omanis demonstrate unemployment in a rare show of discontent 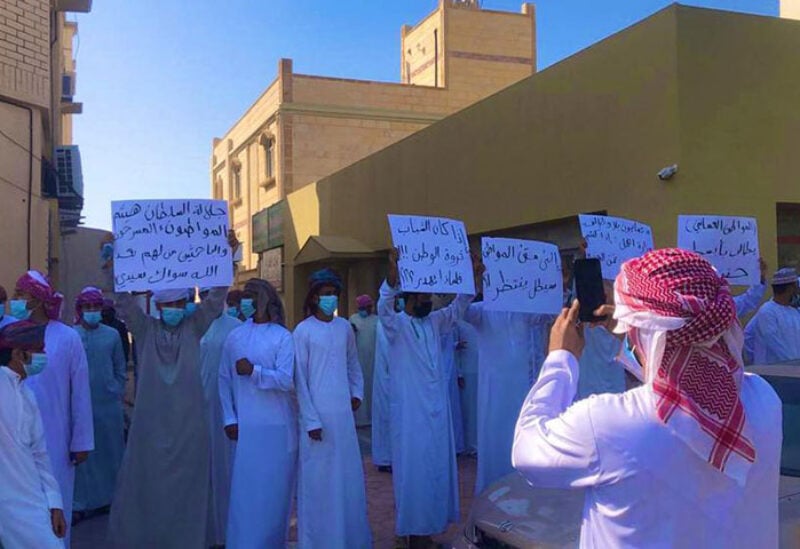 Authorities and activists said that groups of Omanis gathered on Monday to demonstrate against unemployment in at least two cities of the Gulf Arab state, the first show of opposition since the new sultan acceded the throne.

Videos and photos posted on social media showed protesters gathering in Salalah, in the south, and Sohar in the north.

The two provinces have witnessed a heavy presence of security forces, with convoys of military and police vehicles, could be seen on the videos, including where police forces fired tear gas and arrested demonstrators.

The protests are the first to take place under Sultan Haitham, who took power in January 2020 after the death of long-ruling Sultan Qaboos.

The coronavirus pandemic and low oil prices have battered state coffers. Oman has long had plans to reform its economy, diversify revenues and introduces sensitive tax and subsidies reform, but these dragged under the late Sultan Qaboos. His successor, Sultan Haitham, has introduced a series of reforms to try and make government finances sustainable.

Oman has seen protests in early 2011 following the outbreak of revolts in the region. But unlike in Tunisia, Egypt and Bahrain, protests in the sultanate focused on jobs and alleged corruption, rather than political change.

State media reported on the protests on Monday, saying university graduates were calling on the government to provide jobs.

The labor issue is “one of the most important priorities” for the country’s ruler, state-run Oman News said.