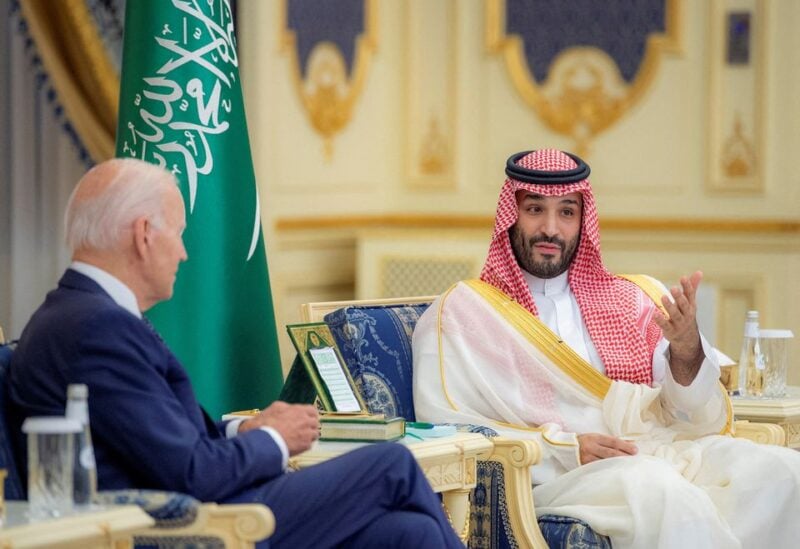 Crown Prince Mohammed bin Salman informed President Joe Biden that the United States had also made mistakes, especially in Iraq, and that Saudi Arabia has taken action to prevent mistakes like the murder of journalist Jamal Khashoggi from happening again, according to a Saudi official.

Shortly after shaking hands with the de facto ruler of the kingdom, Biden claimed to have warned Prince Mohammed on Friday that he held him accountable for the murder of Washington Post journalist Jamal Khashoggi.

“The kingdom has taken all measures to prevent similar mistakes in the future,” the crown prince was quoted as telling Biden.

The crown prince has denied responsibility for the Khashoggi killing.

The Saudi official, in a statement sent to Reuters about Friday’s conversation between the two leaders, said the crown prince said that trying to impose certain values by force on other countries could backfire.

Biden, who landed in Saudi Arabia on Friday in his first Middle East trip as president, holds a summit on Saturday with six Gulf states and Egypt, Jordan and Iraq while downplaying his meeting with Prince Mohammed. That encounter has drawn criticism at home over human rights abuses.

Biden had promised to make Saudi Arabia a “pariah” on the global stage over the 2018 murder of Khashoggi, but ultimately decided U.S. interests dictated improving relations with the world’s top oil exporter and Arab powerhouse.

“In the same year, similar regrettable incidents took place and other journalists were killed in other parts around the world,” the crown prince said. “The United States also made a number of mistakes like the incident of Abu Ghraib prison in Iraq and others.”

Prince Mohammed, known as MbS, also raised the killing of Palestinian-American journalist Shireen Abu Akleh during an Israeli raid in the West Bank.

All countries around the world, especially the United States and the kingdom, share values that they agree on and have others that they disagree on, the statement quoted MbS as saying.

“However trying to impose those values by force could have the opposite effect as it happened in Iraq and Afghanistan where the U.S. was unsuccessful,” the statement said.

Washington has softened its stance on Saudi Arabia since Russia invaded Ukraine earlier this year, triggering one of the world’s worst energy supply crises.