One dead, 18 injured in clashes between police and protesters in Paraguay (Video) 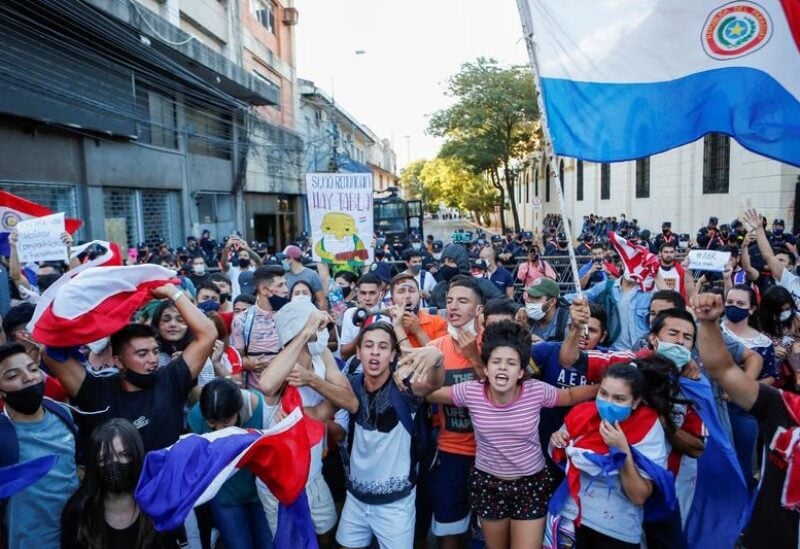 One person died and at least 18 others suffered injuries after the Paraguayan police clashed with demonstrators during an anti-corruption rally late on Friday, the ABC Color newspaper reported.

According to the major Paraguayan newspaper, a 32-year-old man succumbed to his injuries after he was stabbed in his chest. Moreover, a teenage girl was poisoned by tear gas while another man was hit by a rubber bullet.

Meanwhile, the police said that a dozen law enforcement officers got injured during the clashes.

Videos from the protests emerged online.

Our continent is on fire! In #Paraguay millions in the streets against a corrupt and puppet govt that fails to meet the needs of the people pic.twitter.com/YnpG1rHGjE