One Year After Israel-UAE Normalization Announcement, Trade Flourishes Despite Hiccups 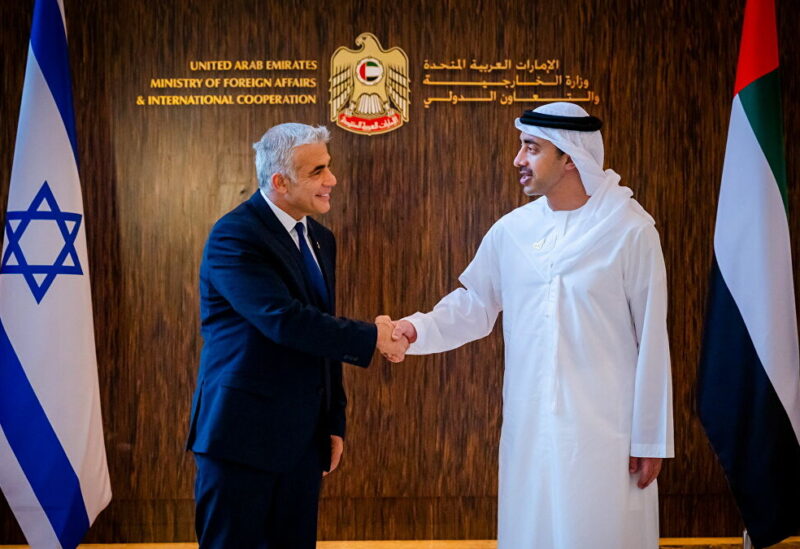 According to estimates, the business between the two states has exceeded half a billion dollars in the year that has passed since the historic announcement. A co-founder of the UAE-Israel Business Council says there is still room for growth.

Friday will mark one year since Israel and the United Arab Emirates made history announcing they would normalise ties after decades of no diplomatic relations.

Dorian Barak, the co-founder of the UAE-Israel Business Council, a body that was established to help foster shared opportunities, says much has been achieved since the historic announcement on 13 August.

“The [Abraham] Accords have been a remarkable success, both in terms of trade and in other forms of exchange. Bilateral trade in goods and services could reach as high as $1 billion in 2021, and the pace of people-to-people engagement, tourism, cultural exchange, and civic interaction has far exceeded anything we could have anticipated.”

Barak’s claims are supported by numbers. In March, it was reported that 130,000 Israelis chose the UAE as their tourist destination, and although the country is now considered “red”, due to the high numbers of new coronavirus cases, experts believe that these tourism numbers are only expected to grow.

In trade, the two countries have also registered major achievements. A year into the Abraham Accords, Israel and the UAE have done over $570 million in businesses, with the former exporting $197 million in goods and services to the Emirates, and importing $372 million.

During the past year, the two states have signed a number of important agreements in various fields, including banking and agriculture. The two have also cooperated on COVID-19 and education.

For many Israeli businesses, the Emirates and specifically Dubai are considered a wellspring of opportunity. The UAE has more than 35 free-trade zones offering tax exemptions. They have advanced infrastructures, shipping and trade systems designed to make business as easy as possible. And, most importantly, they connect Israel to remote places that were difficult to reach before the agreements.

But some obstacles are still there and Barak says it has to do with differences in culture.

“Israelis are very transactional, and can be impatient in business. The business culture in the UAE tends to be built around long-term partnerships, longstanding trust, and operates at a more measured pace.”

Politically speaking, the two states have experienced some hiccups too. The ties have seen a slowdown since January, when Israel designated the Gulf state as a “red zone” country following a spike in coronavirus cases that allegedly came from Israeli tourists who visited the UAE.

Another obstacle occurred in May following Israel’s military campaign in Gaza and then in June after Prime Minister Benjamin Netanyahu left office, making way for Naftali Bennett.

Although the UAE has repeatedly stressed that it would maintain warm relations with Israel no matter who comes to power, a source within the Emirati government confided to Sputnik earlier that a change of bosses did put big deals with Israel on the back-burner.

In July, reports suggested that the business ties between the two states had been affected following the visit of Foreign Minister Yair Lapid to the UAE, where he opened an embassy and a consulate.

Back then, it was reported that the FM angered many local businessmen after he cancelled his meeting with them, opting for politicians instead.

Yet, Barak is certain that these and similar incidents will not hurt ties between the nations.

“There’s a strategic basis for the relationship between the countries, with economic, political, and security elements that bring us closer together. Both sides look past short term and isolated differences. There’s nothing immediate I can see that would upset the growing relationship in the short term. But this is the Middle East. The unexpected happens here”.

However, if the “unexpected” doesn’t happen, Barak believes the growth that has been registered in the past year, will only grow and deepen with time.

“We’re on pace to reach $3 billion in annual trade by 2025, with some estimating even more.”