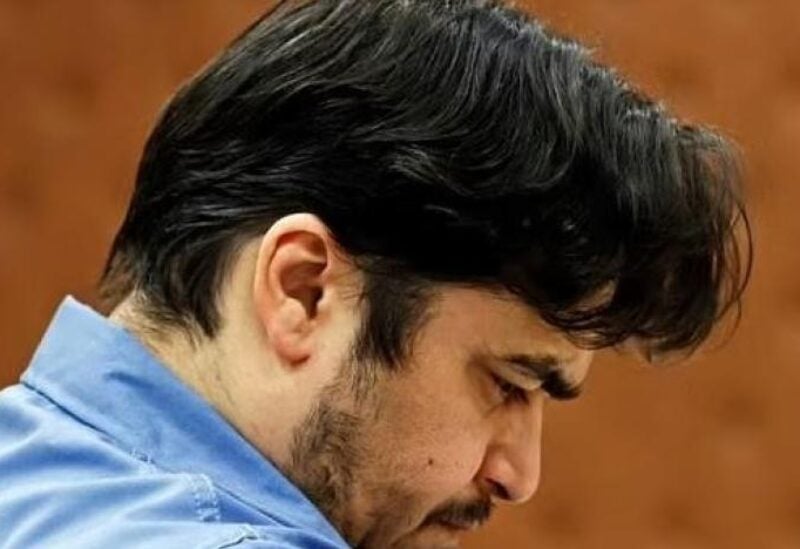 One year after dissident Ruhollah Zam was executed in Iran after apparently being lured from France, his hanging strikes fear into Iranian opposition exiles over the reach of the Islamic Republic.

Zam, the founder of a popular Telegram channel despised by the Iranian authorities for its use in November 2019 protests, was executed on December 12 last year just weeks after leaving France, where he had refugee status, on a mysterious trip to Iraq.

Colleagues say he was abducted in Iraq by Iranian forces, taken over the border, paraded on TV, forced to take part in a televised “confession”, convicted and then hanged with astonishing speed, AFP reported.

Activists argue that his abduction and killing is part of a long history of reprisals carried out by Iran against opponents living outside its borders, dating back to the first months after the Islamic Revolution in 1979.

Friends of Zam remain baffled how a man described as passionate in his work and devoted to his daughter chose to make the risky journey to Iraq, a country with a major Iranian presence, and want answers from France over what happened.

Sepideh Pooraghaiee, an Iranian journalist living in exile in France who was a friend of Zam, told AFP that “many things are not clear. We do not know anything.”

“We demand justice for a journalist who was assassinated and work to keep his memory intact.”

The United For Zam association of friends and activists set up to keep his memory alive said that the French government “needed to clear up any ambiguities” about how Zam was abducted in Iraq.

Echoing frustration from activists that human rights are not part of the talks over the Iranian nuclear crisis, they called on France “to make negotiations with the Islamic Republic conditional on the cessation of killings and brutal repression of political dissidents”.

Campaigners accuse Iran of killing and abducting hundreds of opponents during the four decade since the royalist government of the shah was overthrown.

Among the most notorious was the knifing to death of the shah’s last prime minister Shahpour Bakhtiar and his secretary outside Paris in August 1991.

An Iranian man, Ali Vakili Rad, was convicted of the killing but in 2010 was paroled by France and returned to Iran where he was given a hero’s welcome.

The September 1992 killing of four Iranian Kurdish activists at the Mykonos restaurant in Berlin resulted in a German arrest warrant for the Iranian intelligence minister and a crisis in relations between Iran and the West.

“The kidnapping and subsequent killing of Ruhollah Zam fits a decades-long pattern of intimidation, extrajudicial killings and abductions of dissidents by the Islamic Republic of Iran´s agents,” said Roya Boroumand, executive director of the US-based Abdorrahman Boroumand Center.

The Center has counted more than 540 Iranians whose successful assassination or kidnapping have been attributed to Iran, with a peak reached in the 1990s with more than 397 killed including 329 in Iraqi Kurdistan.

Boroumand said that there had been a “slackening” of such activities after the international backlash that followed the Mykonos case.

But a growing number of cases “indicate a seriously increasing risk” for Iranian dissidents abroad.

She linked this to the growing number of web-based channels based abroad that have had an impact inside Iran — like Zam’s Amadnews — especially during events such as the 2019 protests.

In July this year, US prosecutors charged four Iranians in absentia over a plot to kidnap the dissident Masih Alinejad from New York in a speedboat and take her to Tehran’s ally Venezuela.

Alinejad, who has strongly campaigned against the obligatory hijab in Iran, is now part of a bipartisan US Senate effort to introduce legislation that would sanction those behind such attempts.

Now living in a safe house after the plot was foiled, Alinejad said: “Even here in America I do not have a normal life. I am not a criminal. My crime is just to give a voice to the voiceless protesters of Iran.”