Over 230 killed in Myanmar as result of crackdown on anti-coup protests, rights group says 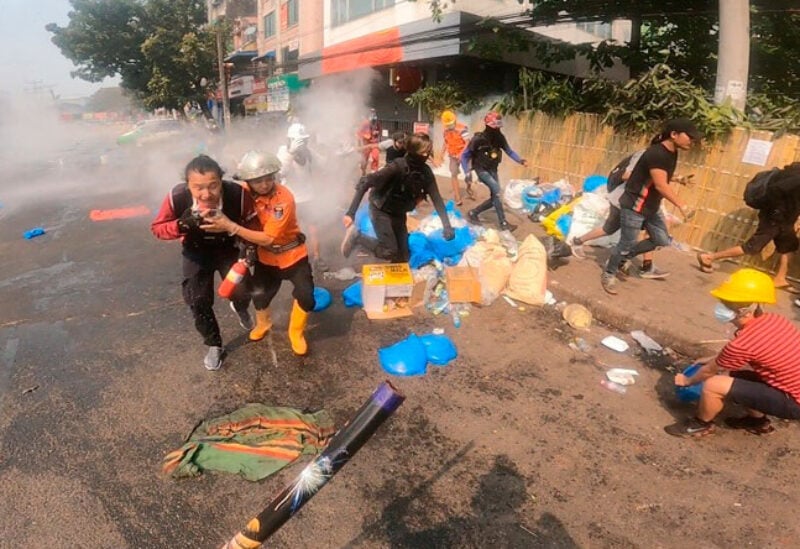 A total of 235 people were killed in Myanmar in violent crackdowns on demonstrators during 44 days of anti-coup protests, the Assistance Association for Political Prisoners, a civil rights group in Myanmar, said on Friday.

As of Thursday, the death toll stood at 224. The rights group noted that this was the number of casualties recorded and verified by the group, adding that the actual toll is likely to be much higher.

“From February 1 to until now, the Assistance Association for Political Prisoners (AAPP) has compiled ‌(235) who have died during the spring revolution,” the AAPP wrote on Facebook.

The rights group added that as many as 2,330 people have been arrested, charged or sentenced in relation to the attempted military coup.

“Of them, (15) convicted, (87) have been charged with a warrant and are evading arrest, (350) were released. A total of (1980) are still under detention or have outstanding charges/evading arrest, including the (15) sentenced,” the association added.

The coup triggered mass protests that continue for already the sixth week in Myanmar. Over 70 percent of government employees have now joined the civil disobedience movement.

Tensions between the protesters and the police appear to be rising as the latter turn to more brutal tactics to suppress the demonstrations. Aside from tear gas and water cannons, the police began using combat weapons in late February.