‘Over my dead body’: Iraqis refuse to return from Belarus as EU immigration hopes fade 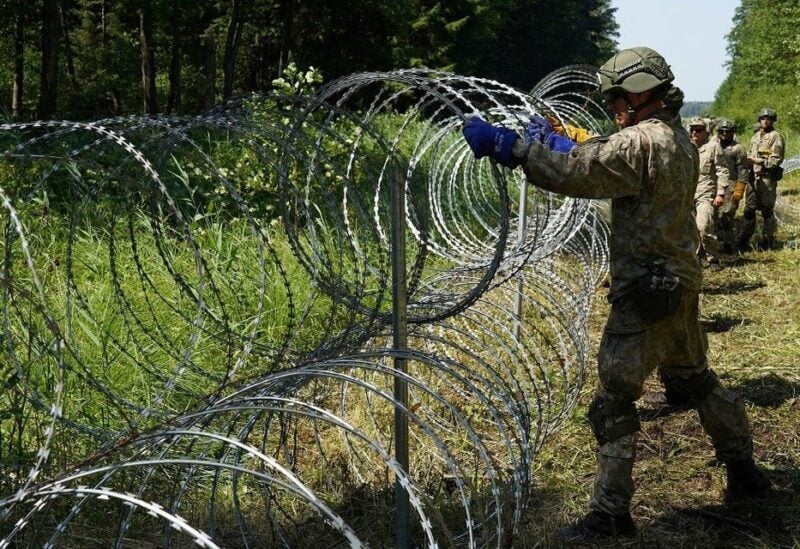 As the Belarusian authorities eased restrictions at its border to allow migrants enter Europe early this year, some Iraqis spied an opportunity to use the country’s porous border with Lithuania to live a better life in the EU.

Yaman Ali Hussein, 24, and his cousin rushed to a travel agency in July and bought tickets for a group tour to the Belarusian capital, Minsk.

“I said to myself: ‘This is the best opportunity to change my life’ and without a second thought I booked that ticket,” Mr Hussein said. Since then, he has made it to a camp set up for migrants inside Lithuania.

In recent months, thousands of desperate Iraqi youths have been travelling to Belarus from airports in Baghdad, Basra and Erbil. They are fleeing chaos and conflict in their homeland and seeking a new life in Europe.

Flights from Iraq to Belarus began a few years ago and handfuls of Iraqi migrants started to cross the EU border last year. Migrants say the new wave started early this year, with the Belarusian authorities easing restrictions on their side of the frontier.

The EU has accused Belarus of orchestrating these movements of migrants in retaliation for sanctions the bloc imposed on Minsk after last year’s disputed elections in which President Alexander Lukashenko claimed victory.

“We are not blackmailing anyone. We are not threatening anyone,” Mr Lukashenko said at Minsk’s Independence Palace in a mammoth eight-hour news conference on Monday. “You simply put us in such conditions that we have to react. And we are reacting, excuse us, in the best way we can.”

Some 4,090 migrants, most of them from Iraq, have crossed this year from Belarus into Lithuania.

The Lithuanian authorities have adopted tougher measures at the border, backed up by Frontex guards, making it much more difficult to cross.

At least one Iraqi migrant has died trying. Minsk alleges Lithuanian forces beat him to death, an accusation Vilnius has denied.

Like thousands of Iraqis, Mr Hussein took part in the pro-reform protests that broke out in October 2019. These denounced Iraq’s lack of jobs, poor public services and endemic corruption. Protesters were also angry at foreign meddling in Iraqi affairs, mainly by Iran.

He claimed that pro-Iran militias kidnapped and intimidated him, continuing to send threats to him and his family.

“I’ve left Iraq and come to Europe to protect my life and this is a legitimate right,” Mr Hussein, said, using a pseudonym for security reasons.

The house painter and his cousin left Baghdad on July 18. Two days later they took a taxi from their hotel to the border. They walked through forests for four hours inside Lithuania.

He considers himself lucky for taking that gamble early.

“We didn’t face anything in that journey. When we reached a village, we asked the villagers to call the police who came and picked us up after 15 minutes and took us to a camp,” he said.

Eleven days later, they were taken to an overcrowded camp where between 18-23 migrants live in each tent.

“Our life has become miserable in this camp, which was a landfill site, not fit to live in. The bathrooms and water are so dirty that we can’t use them. The tents leak, letting in rain amid cold weather,” he said.

“They give us only one meal a day containing corn, cookies and a can of meat. No one can eat it,” he said, adding that the camp lacks medical services.

“No one has come to us yet and we don’t know our fate,” he added, saying the security forces are using pepper spray and brandishing weapons to quell protests at the camp.