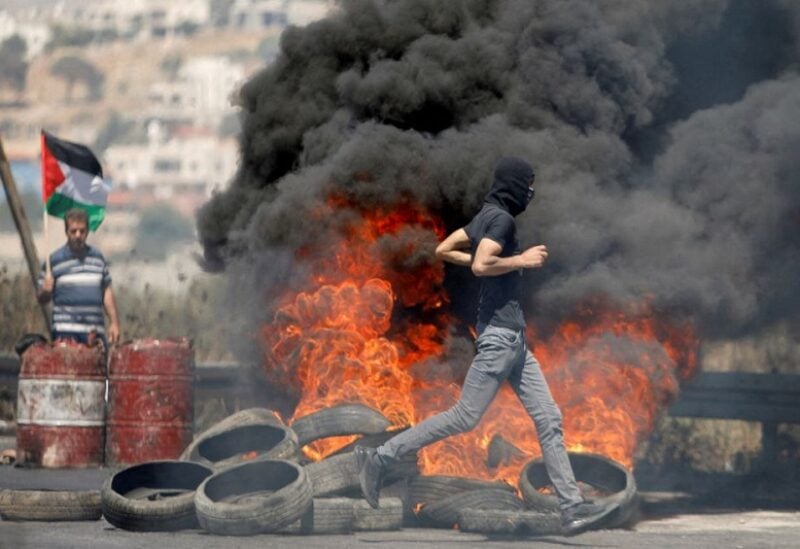 A Palestinian demonstrator runs past burning tires during a protest over tension in Jerusalem and Israel-Gaza escalation, near Hawara checkpoint near Nablus in the Israeli-occupied West Bank, May 14, 2021. REUTERS/Raneen Sawafta/File Photo

The remarks issued by Israel’s Chief of Staff, General Aviv Kochavi, about invading the Gaza Strip, were condemned by The Palestinian Authority, saying that such remarks, show blatant “disregard for the international community and its laws and conventions.”

In a statement issued by the Ministry of Foreign Affairs and Expatriates, the PA added that Kochavi’s comment also reflects the international double standards and turning of a blind eye towards Israeli violations against the Palestinians.

Kochavi told Israeli media that the Israel Defence Forces are able to attack the besieged Gaza Strip in a more effective way than the attack carried out against the West Bank city of Jenin in 2002.

The PA used its condemnation of Kochavi to highlight the continued expansion of illegal Israeli settlements in the occupied Palestinian territories, the latest of which is a settlement project in the occupied Jordan Valley.

“Settlement expansion and Kochavi’s remarks are two sides of the same coin. Both are violations of international law, the Geneva Conventions and international humanitarian law typical of the apartheid regime in Israel.”

According to Israeli NGO Peace Now, there are almost 670,000 illegal Jewish settlers living in 145 settlements and 140 settlement outposts built by Israel in the occupied West Bank and Jerusalem