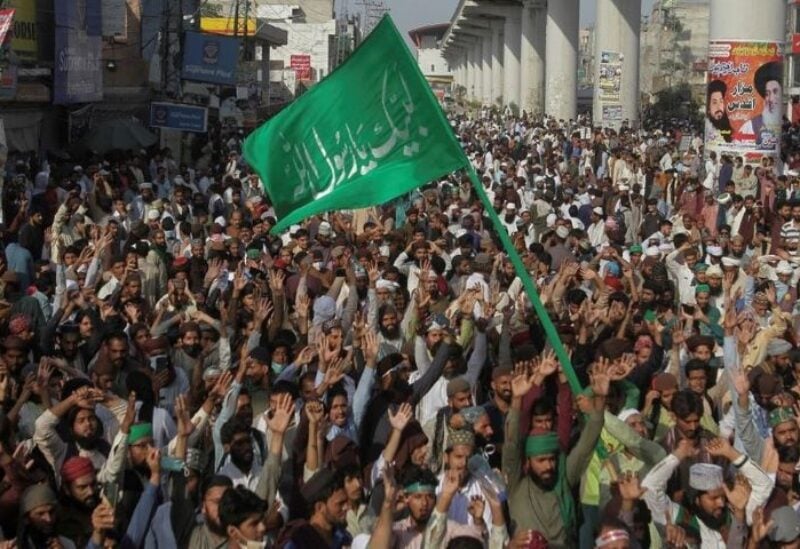 Pakistan’s government has lifted a ban on a radical party that staged massive anti-France protests, following a deal reached with the group that ended the most recent rounds of deadly protests.

The government said in a late-Sunday notification that the move was in the “national interest,” after seven police officers were killed in clashes during a days-long rally last month.

Over the past several years, the Tehreek-e-Labbaik Pakistan has staged a series of disruptive protests related to the flashpoint issue of blasphemy in Muslim-majority Pakistan.

“The federal government is pleased to remove the name Tehreek-i-Labbaik Pakistan from the list of proscribed organizations,” the government said.

It went on to say that the decision was made after the group, which has three members in the country’s parliament, promised to follow the law.

As part of the agreement, hundreds of detained TLP supporters were released earlier this month.

“This label has been a major source of concern for us because all of our activists have been charged under the anti-terrorism act.” “We were informed about the decision last night,” TLP spokesman Sajjad Saifi told AFP by phone on Monday.

However, TLP leader Saad Rizvi, who was arrested in April when the group was first banned, is still detained.

The party has launched an anti-France campaign after the Paris-based satirical magazine Charlie Hebdo republished cartoons depicting the Prophet Mohammed, which many Muslims consider blasphemous.

The most recent protests, which drew thousands to the streets of the eastern city of Lahore, were against Rizvi’s detention and also demanded that the French ambassador be expelled from the country.