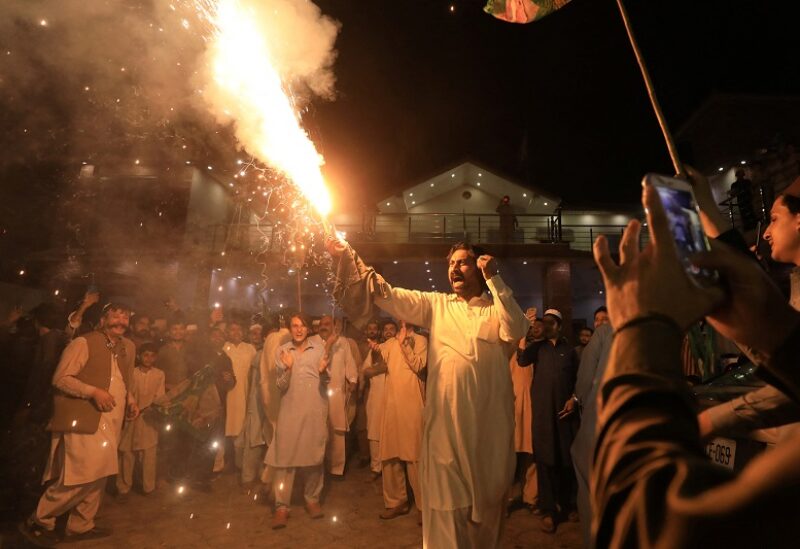 Supporters of the Pakistan Muslim League-Nawaz (PML-N) celebrate after Shehbaz Sharif was sworn in as the country's prime minister, in Peshawar, Pakistan April 11, 2022. REUTERS/Fayaz Aziz

Sharif, 70, was sworn in as the 23rd prime minister of Pakistan on April 11, after the country’s joint opposition ousted his immediate predecessor Imran Khan via a vote of no-confidence.

Two of the three ministers of state are from PML-N and one from PPP.

According to a statement issued by the President House, among prominent lawmakers who were inducted into the Cabinet is Khawaja Mohammed Asif, a former defense minister and a member of PML-N. Several politicians from PPP, the party of former President Asif Ali Zardari, are also part of the Cabinet, including Khursheed Shah and Sherry Rehman.

As the distribution of portfolios is not final, changes in the Cabinet’s composition are still very likely, Ahmed Bilal Mehboob, president of the Pakistan Institute of Legislative Development and Transparency, told Arab News.

“It is quite expected that questions will be raised, changes or expansion in the Cabinet will come up and many other people may also be inducted as advisors or special assistants to the prime minister,” he said.
As he has formed his government, Sharif will now have to focus on keeping it in power. His Cabinet can remain in place until general elections are due in August 2023.

“The formation of the Cabinet is done, but the new challenge is now managing it, decision making, moving forward on key issues and developing consensus within the coalition,” Mehboob added. “They have limited time to prove themselves.”

Sharif emerged as the leader of the united opposition to topple Khan over accusations of poor governance and mismanagement of the economy.

He is known for having spearheaded several development and infrastructural projects during his three tenures as Punjab chief minister, and he has a reputation domestically as a “can-do” administrator.

He is also the younger brother of PMLN-N supremo Nawaz Sharif — three-time prime minister who was barred by the Supreme Court in 2017 from holding public office and went abroad on medical bail after serving a few months of a 10-year jail corruption sentence.