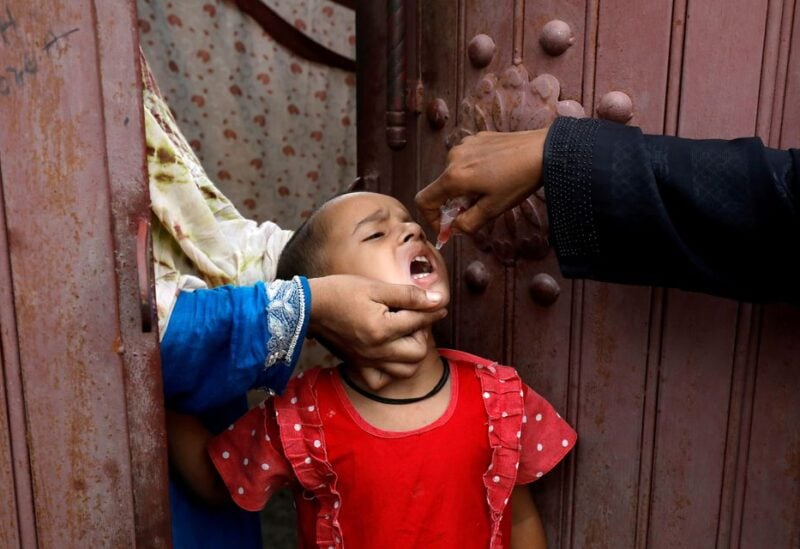 A girl receives polio vaccine drops, during an anti-polio campaign, in a low-income neighborhood as the spread of the coronavirus disease (COVID-19) continues, in Karachi, Pakistan July 20, 2020. REUTERS/Akhtar Soomro

As the South Asian nation attempts to contain a disease that has mostly been eradicated elsewhere, Pakistan now has 13 cases of polio for the year, up from one case reported on Friday, officials said.

The most recent incident included an 18-month-old boy who was reportedly malnourished, according to a statement from the health ministry. It was discovered in the northwest province of Khyber Pakhtunkhwa (KP).

The previous 12 were reported from North Waziristan district which in the past was a lawless area mainly under the control of Pakistani Taliban before military operations were launched against the group in 2014.

“This is the first polio case reported from outside of North Waziristan district where vaccinators were still facing serious challenges in reaching out to children due to resistance from local religious leaders and unwilling parents,” provincial health department officials told Reuters.

Last month, a vaccination official along and two policemen on security duty were shot dead during a polio inoculation drive in KP province.

“This case puts the Wild Polio case count for endemic countries at 14, with 13 cases from Pakistan between April and June 2022 and one case from Afghanistan in January,” the ministry said.