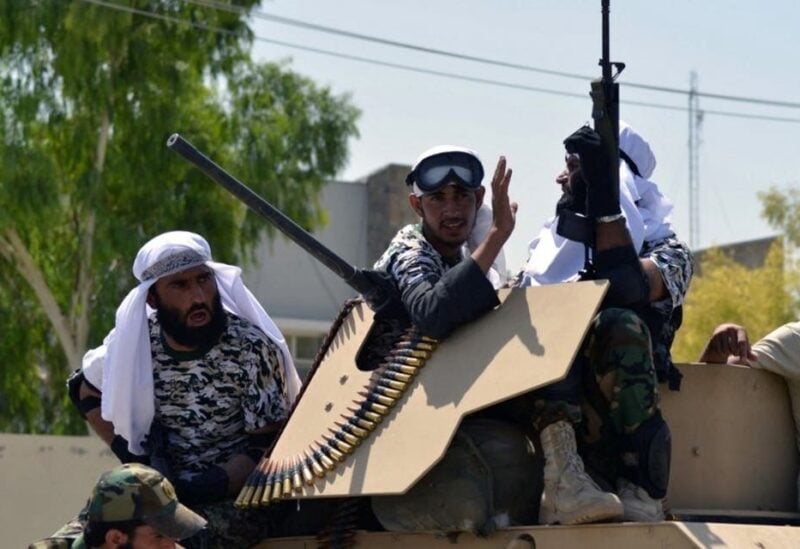 Taliban fighters atop a Humvee vehicle parade along a road to celebrate after the US pulled all its troops out of Afghanistan, in Kandahar on September 1, 2021 following the Taliban’s military takeover of the country. (AFP)

The Pakistani Taliban have thrown off a ceasefire brokered by the Afghan Taliban, accusing the government of breaking the terms of the agreement.

After establishing in 2007, the Tehreek-e-Taliban Pakistan (TTP) — a different organisation with a shared past with Afghanistan’s new leaders – drove the nation into a period of brutal warfare.

Seven years after the military crushed the movement, Islamabad is attempting to quash a TTP resurgence following the success of hardline extremists over the border.

The TTP accused security forces of murdering several of its members and breaching a one-month truce that was set to expire in early December, according to a statement.

“It is not viable to extend the truce in such conditions,” stated a TTP official.

“Now it is up to the Pakistani people to judge who is not complying by the deal.”

Separately, a top TTP leader in Afghanistan, a government official, and a security official told AFP that both sides had agreed to prolong the truce.

As part of the discussions, up to 100 convicts were released.

“We were astonished by the TTP statement,” a government official said Friday from Peshawar, a city in the remote tribal areas near the Afghan border where the TTP is active.

“Our members of the negotiation team were guaranteed that the truce would be extended.”

Pakistani Prime Minister Imran Khan stated in October that the government was holding discussions with the TTP for the first time since 2014, with the help of the Afghan Taliban, who had taken power across the border in August.

Many Pakistanis are outraged by the negotiations, recalling the violent assaults – including on schools, hotels, churches, and marketplaces – that killed an estimated 70,000 people, according to successive administrations.

Malala Yousafzai, who went on to win the Nobel Peace Prize, was shot as a schoolgirl in Swat Valley by the TTP.