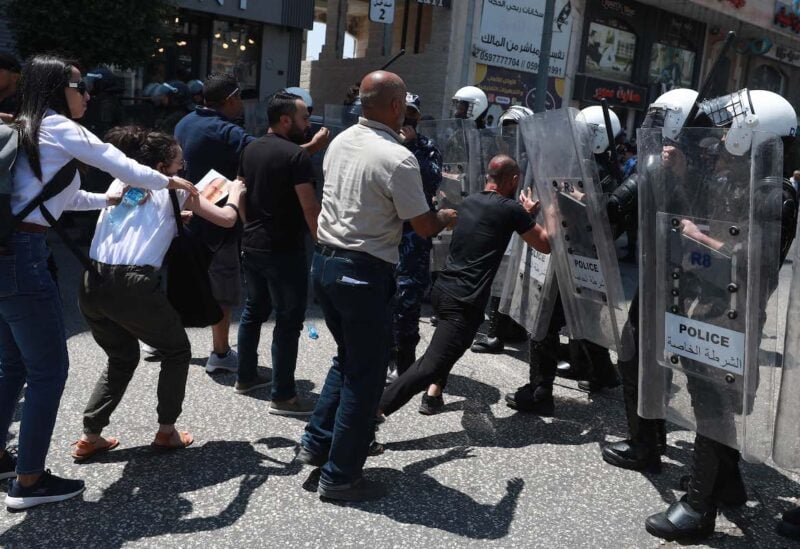 A Palestinian protest took place in Al-Manara Square in central Ramallah and headed towards PA President Mahmoud Abbas’ headquarters, to protest against the death of Nizar Banat .

Eyewitnesses said security forces fired tear gas canisters and beat dozens of activists with wood and iron batons, causing many of them to suffer breathing difficulties or bruising.

The participants raised pictures of Banat and chanted slogans accusing the Palestinian security services of assassinating him.

A similar stand was organized in Ibn Rushd square, in Hebron in the southern occupied West Bank, during which the participants raised Banat’s pictures .

Banat, an outspoken critic of the Palestinian Authority and a former candidate in parliamentary elections called off earlier this year, died after Palestinian security forces arrested him and beat him with batons yesterday.

Ammar said the Preventive Security and General Intelligence forces stormed Banat’s home at 3am local time and beat him with iron and wooden batons.

Banat sparked controversy after he demanded the European Union stop financial support for the Palestinian Authority (PA), following the decision to cancel the elections and over their heinous record of human rights violations.