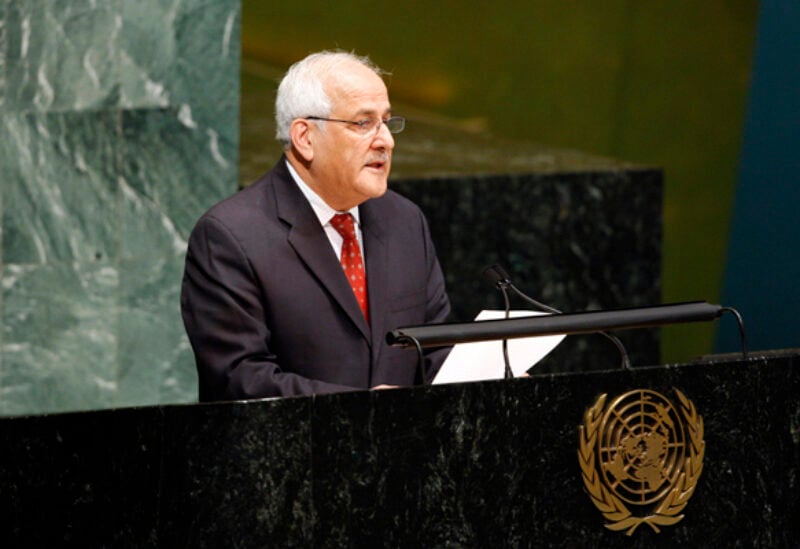 Palestinian ambassador to the UN,  Riyad Mansour said that: “ As well as ending the occupation,  priorities now are a permanent ceasefire, a serious UN humanitarian effort, and progress toward an independent Palestinian state.”

He told Arab News said that efforts at the UN relating to Palestine this year have fallen into three distinct phases.

“Phase one was the preparation for an international conference, based on the calls of (Palestinian) President Mahmoud Abbas,” he said.

Mansour added that Russian Foreign Minister Sergei Lavrov played an important role in this phase, which included the revival of the dormant Middle East Quartet — Russia, the US, UN and EU — and the addition of other parties to it.

“We saw the revival of the Quartet and the creation of a ‘Quartet-plus’ that includes key Arab and international states,” he said. “The Quartet-plus was approached to try to resolve the Jerusalem obstacle for Palestinian elections.”

The first Palestinian elections for 15 years were set to take place on May 22, but were jeopardized by growing concerns about whether Israeli authorities would allow Palestinians to vote in the city.

“At one time, nine foreign ministers attended and spoke at a UN Security Council session on Palestine,” said Mansour.

The second phase of activity at the UN focused on ensuring Palestinians in Jerusalem would be allowed to vote, he said. Abbas eventually postponed the elections after the Quartet was unable to secure such an assurance from the Israelis, Mansour added.

The third phase began in April, during Ramadan, and continued until the ceasefire after the 11-days of fighting between Hamas and Israel this month.

“We worked hard during this period to stop Israeli attacks on Muslim and Christian worshipers in Jerusalem, the eviction of Palestinian families from Jerusalem’s Sheikh Jarrah and Silgan neighborhoods, and the harassment (of Arabs) at Damascus Gate and in the old city of Jerusalem,” Mansour said.

The lack of any response to calls by the international community for Israel to halt these activities led to an explosion of violence in Gaza this month and 11 days of fighting.

“During those difficult days we tried to put an immediate stop to the attacks on our people but we failed because of the US veto, even on the issue of issuing a statement,” said Mansour.

While in private US officials offered reassurances to the Palestinians that Washington understands their concerns, Mansour said, publicly the Americans chose to work with Israel on efforts to achieve a ceasefire.

“We were interested in a lot of things before the ceasefire was declared but once it was declared we agreed to it … on the condition that there would be no language harmful to or condemning the Palestinian resistance,” he said.

Mansour insisted that he represents all Palestinians at the UN, and his current efforts there have three main aims.

“We want the ceasefire to become permanent, we want a serious humanitarian effort involving all relevant UN agencies, with Israel not putting up any obstacles, and finally we want to be sure that immediate and serious effort is exerted in the effort to end the Israeli occupation and toward the realization of an independent Palestinian state,” he said.