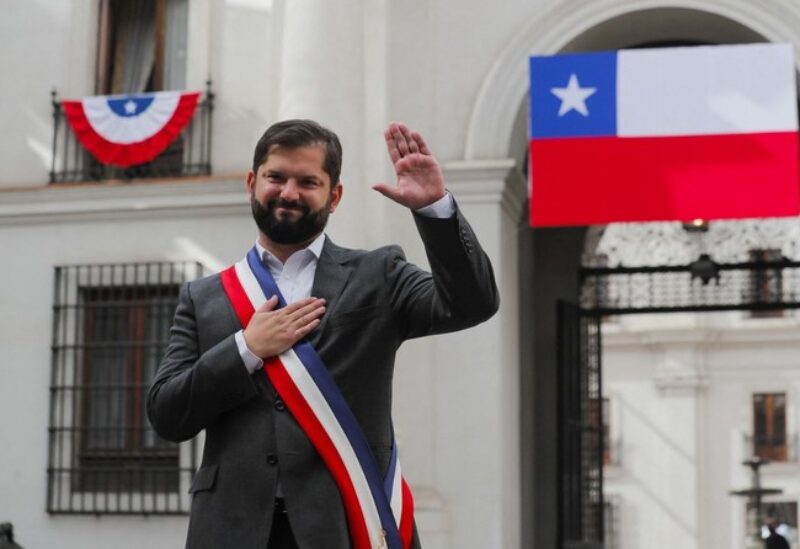 Not only do the working-class, masses look forward to seeing political transformation during his administration.

That is the case with Chile’s Palestinian community, the world’s largest outside the Middle East with an estimated 500,000 people.

Although Palestinian Chileans are politically diverse, many of them are excited about Boric’s promised new attitude toward the Israeli-Palestinian conflict.

As an activist and a Congress member, Boric had been a harsh critic of Israel’s policies toward the Palestinians.

A student leader since his years at the University of Chile, he rose to prominence during the massive student protests for public education in 2011-2012.

In 2013, he was elected a congressman for the first time. Over the years, he built a close relationship with Palestinian organizers and even visited Palestine along with other Congress members in 2018.

“He knows the Palestinian tragedy and had the opportunity of seeing for himself the living conditions of Palestinians in the occupied territories,” Jaime Abedrapo, a Palestinian Chilean political analyst, told Arab News, adding that Boric has expressed several times that he is a staunch human rights advocate.

Maher Pichara Abueid, a youth director in Chile’s Palestinian community, said Boric is “committed to all nations’ right to self-determination” and repudiates “any kind of illegal occupation and colonialism.”

Boric has at times taken his pro-Palestine stance further. In 2019, when Chile’s Jewish community sent him and other Congress members a jar of honey to celebrate the Jewish new year along with a message reaffirming its commitment to a “more inclusive, solidary and respectful society,” he tweeted: “I thank them for such a gesture, but they could begin by asking Israel to give back the illegally occupied Palestinian territories.”

At the end of 2021, a video went viral of Boric telling an interviewer that he considered Israel a “murderer and genocidal state.”

During his presidential campaign, he attended a meeting with the Palestinian community and signed a promise to support a bill that intends to ban from Chile all Israeli products manufactured on occupied Palestinian lands. All other candidates, except one, signed the same promise.

“The bill’s approval would position Chile, and President Boric, at the vanguard of international law’s defense by prohibiting the imports of products manufactured in colonies,” Abueid said.

Abedrapo said Boric’s election was a consequence of the profound political transformation that has been occurring in Chile since the 2011 protests, and more recently, the 2019 social explosion that led hundreds of thousands to demonstrate against the country’s political class, demanding various reforms including of the pensions, education and healthcare systems.

The social convulsion led to the convocation of a new constitutional assembly that began its work in July 2021.

Those protesters had several social and political goals concerning living conditions in Chile, but most of them had sympathy for the Palestinian cause, said Camilo, a 26-year-old political science student of Palestinian origin who asked to remain unidentified for privacy concerns.

“My candidate in the primary election was Daniel Jadue, who is of Palestinian descent and showed a much clearer position condemning Israel,” he told Arab News.

“Boric has a moderate and ambiguous profile. I don’t think he’ll create an indisposition with Israel.”

Camilo expressed hope that the Boycott, Divestment and Sanctions movement can be strengthened locally.

The city of Valdivia, for example, approved a resolution in 2018 banning Israeli products.

Although the law ended up being suspended by the comptroller general of the republic, Camilo said he thinks the movement can grow nationwide.

“I doubt Boric would implement a BDS bill, but I don’t think he’d impede municipalities doing so,” he added.

Patricio Navia, a professor at the Center for Latin American and Caribbean Studies at New York University, said under Boric Chile’s foreign policy toward Israel and Palestine will not significantly change.

“As the president of Chile, he’ll defend Chile’s interests. Chile has commercial and even military relations with Israel,” he told Arab News, adding that the harsh terms Boric used to refer to Israel in the past will now be replaced with moderation.

“Boric has great problems to deal with now, like the constitutional assembly and the economy,” said Navia. “I don’t think he’ll meddle in any other problem, especially one he isn’t able to solve.”

Abedrapo said: “We just don’t want to have more expectations than we should. We must be prudent.”