Palestinian killed in West Bank after wounding soldier with car 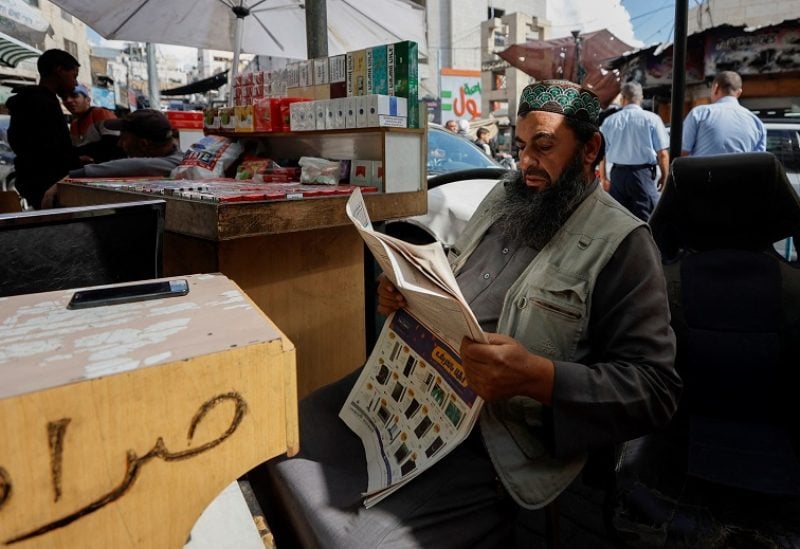 A Palestinian vendor reads news about Israeli elections in a newspaper, in Hebron in the Israeli-occupied West Bank November 2, 2022. REUTERS/Mussa Qawasma

While votes were counted in an Israeli general election, Israeli troops killed a Palestinian on Wednesday after he seriously injured a soldier with a van, authorities said.
The army said the man was “neutralized” in the shooting at the Maccabim checkpoint, near the Israeli town of Modiin. The Palestinian health ministry later confirmed he had been killed.
“The assailant got out of his vehicle with an axe to attack the officer, who fired at the attacker and neutralized him,” the army said. “The officer was seriously injured and taken to hospital.”
The Palestinian health ministry identified the dead man as Habas Rayan, 54.
The attack came as early results from a Tuesday general election in Israel gave a narrow lead to veteran right-winger Benjamin Netanyahu at head of an alliance with religious parties and the far right.