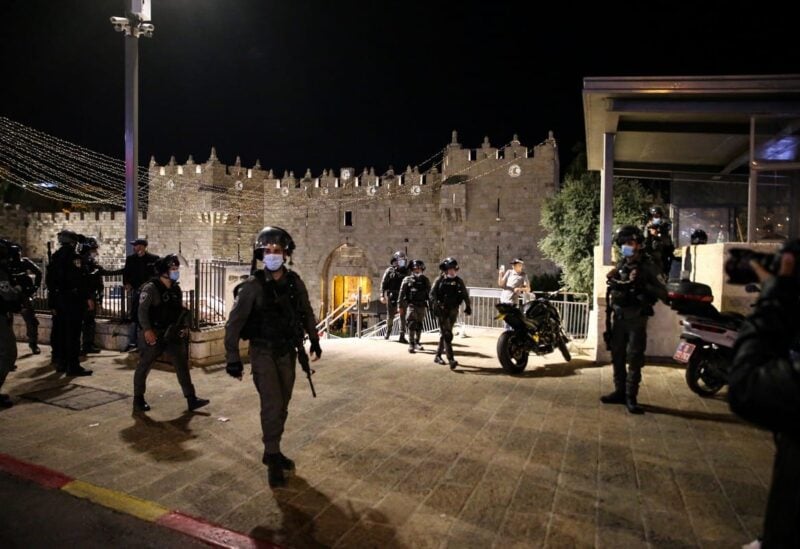 Israeli police were last night forced to withdraw from central Jerusalem’s Damascus Gate area due to heavy protests after the area was closed to Palestinians.

Since the beginning of the Islamic holy month of Ramadan, Israeli forces have restricted the movement of Palestinians in the Damascus Gate area and have forbidden them from gathering there or holding religious activities.

Tensions then increased last week when Jewish Israeli settlers took to the streets and chanted “death to Arabs”, launching attacks and assaults against Palestinians in the city. Protests continued until Israeli occupation forces withdrew from the area, allowing the iron barricades to be removed.

That victory was disturbed, however, as Israeli forces reportedly returned an hour later and attacked the crowd with tear gas and flash grenades, detaining three more demonstrators.

According to an Israel Police spokesman who spoke to Reuters: “It was ordered to remove the barriers after consultations with religious authorities, local leaders and shop owners.” The decision was then apparently taken “to ensure peace and security for all” in the city.

The measures taken to calm the tensions and stop the unrest were also a result of calls  by the United States for Israeli authorities and settlers to ease their violence on Palestinians in Jerusalem.