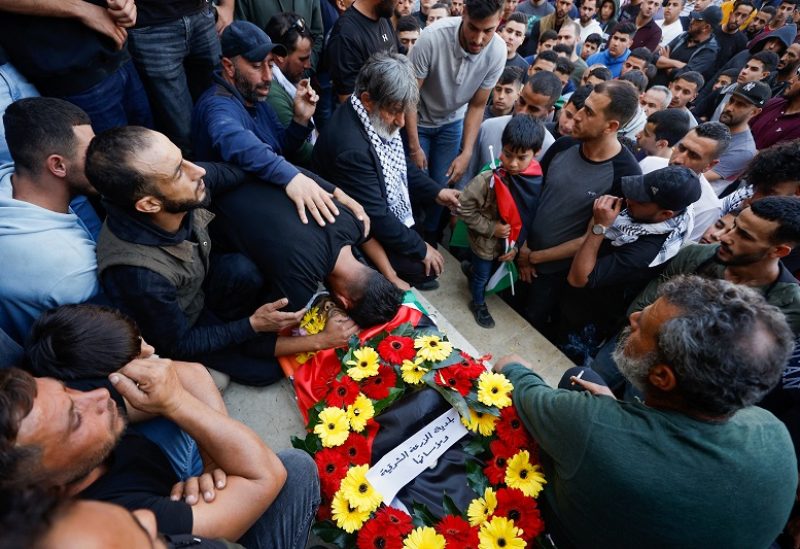 SENSITIVE MATERIAL. THIS IMAGE MAY OFFEND OR DISTURB Relatives react next to the body of Palestinian youth Musab Nafal during his funeral near Ramallah, in the Israeli-occupied West Bank November 6, 2022. REUTERS/Mohamad Torokman

The Palestinian Health Ministry said that a Palestinian teenager died early Wednesday in an Israeli raid on in the city of Nablus in the occupied West Bank.
Palestinian officials identified him as Mahdi Hashash, 15, and said he died of shrapnel wounds during an Israeli raid. There was no immediate comment from the Israeli army. The militant group Al Aqsa Martyrs’ Brigade identified Hashash was one of its members.
The clash came during one of the deadliest years on both sides of the conflict, including after last week’s national elections. Former Prime Minister Benjamin Netanyahu prevailed, with the backing of a far-right ultranationalist party.
Palestinian attackers have killed at least 24 people in Israel since the start of 2022. Intensified Israeli-Palestinian fighting in the West Bank and east Jerusalem has also killed some 130 Palestinians this year, making it the deadliest since 2006, according to Israeli rights group B’Tselem.
Israel captured the West Bank in the 1967 Mideast war, and has since maintained a military occupation over the territory and settled more than 500,000 people there. The Palestinians seek the territory, along with the Gaza Strip and east Jerusalem, for a future independent state.