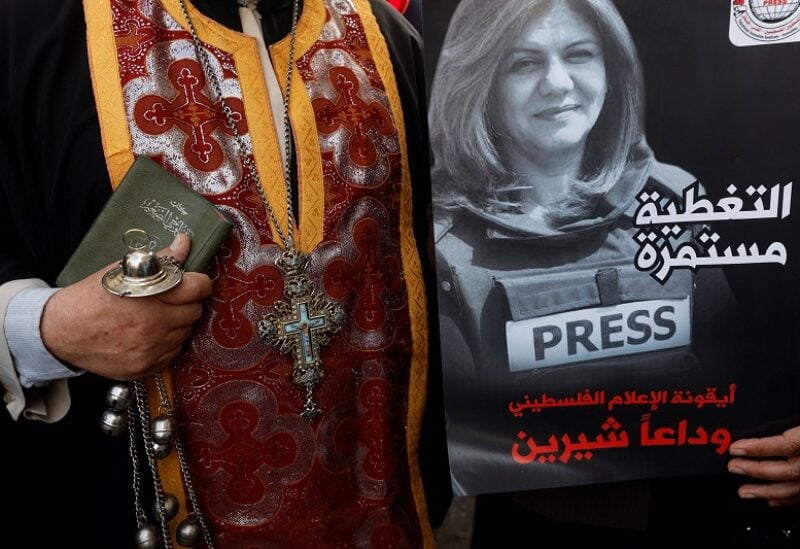 The Palestinian Authority on Sunday called on Israel to hand over the gun that allegedly fired the shot which killed Al Jazeera reporter Shireen Abu Akleh.

Abu Akleh was shot and killed on May 11 while covering an Israeli army operation in the Jenin refugee camp in the occupied West Bank.

Israel has asked the Palestinian Authority to provide the bullet extracted from her body so Israel can conduct its own ballistic investigation. Israel has offered to do so with Palestinian and American representatives present.

“We have refused to hand over the bullet to them, and we even demand that they hand over the weapon that murdered Shireen Abu Akleh,” AFP quoted Palestinian Prime Minister Mohammed Shtayyeh as saying at a ceremony in the West Bank town of Ramallah on Sunday to mark 40 days since her death.

Israel’s army has said that it has not concluded whether Abu Akleh — who was wearing a bullet-proof vest marked “Press” when she was shot — was killed by one of its troops or stray Palestinian gunfire.

The army has maintained that no Israeli soldier fired at Abu Akleh knowing she was a journalist.

The Palestinian probe concluded that Abu Akleh was killed using a Ruger Mini-14, a semi-automatic weapon.

Israel’s army has said its investigation into her killing has centered on one soldier who fired near the area where Abu Akleh was killed.

Abu Akleh’s brother Anton told the Ramallah ceremony — where photos of the reporter were displayed — that the family was “only seeking justice for Shireen”.

Israel’s army has said it has not yet concluded whether one of its soldiers will face criminal charges over Abu Akleh’s killing.

But the army’s top lawyer has said such charges would be unlikely given the circumstances surrounding her killing that, according to the military, amounted to active combat.