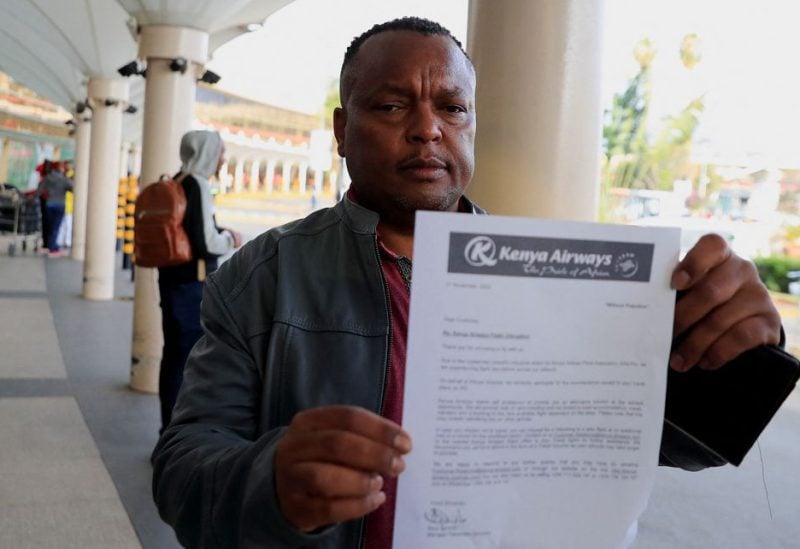 Thousands of customers were left stranded on Saturday as a result of the strike, and Kenya Airways issued a warning to its striking pilots that they risked being fired if they did not go back to work right away.

Business and leisure travelers at one of Africa’s most significant aviation hubs were impacted by the pilots’ strike that began at 6 a.m. local time on Saturday.

The carrier stated that the strike was unlawful and urged pilots to report back to work right away in an internal memo to pilots obtained by Reuters.

“Our visitors have experienced severe inconvenience as a result of the strike, which has led to financial losses. This behavior is interpreted as taking part in and conducting an unlawful industrial action, “The note stated.

Pilots who fail to report for duty will have disregarded management’s legal orders, which calls for disciplinary action that could lead to dismissal.

The management of the airline, according to the Kenya Airline Pilots Association (KALPA), had earlier on Saturday rejected their suggestions on how to address their complaints.

Kenya Airways apologized to passengers in a statement and said it would do its best to minimize the inconvenience, which could include rebooking them onto alternative flights.

Before the action, the company had warned the strike could jeopardize its recovery from the pandemic, resulting in losses of at least 300 million shillings ($2.5 million) a day.

Early on Saturday, travelers at the airport told Reuters that the previous night was chaotic as people tried to travel before the strike began. They said that hundreds of transit passengers were stuck in the airport because their connection aircraft did not take off.

The pilots’ union claims that the reason for their strike is a disagreement about pension payments and the resolution of deferred pay for its members.