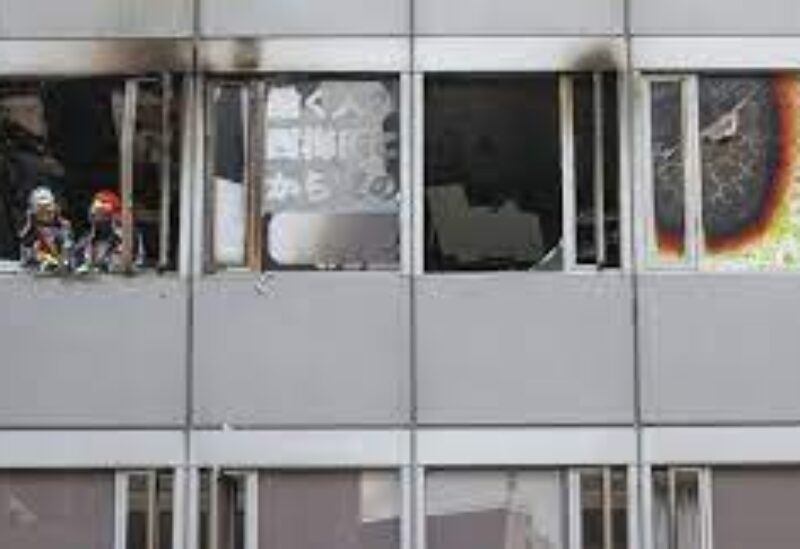 A stream of patients visiting the site of the fire on Saturday lauded the doctor leading the Japanese psychiatry clinic at the center of a suspected arson assault that killed 24 people as a steadfast promoter of mental health.

The fate of doctor Kotaro Nishizawa has remained a mystery. His clinic in downtown Osaka provided treatment for depression and panic disorder, with an emphasis on assisting patients in returning to work.

Toshiya Tanaka, 56, told reporters gathered at the site, “I suffered from melancholy three years ago and found myself unable to go to work.”

“The doctor told me, ‘Mr. Tanaka, take a rest. You don’t need to do anything. You have depression. Please just take a rest.’ That still rings in my ears. I was saved by his comment.”

The blaze began when a man entered the clinic on Friday carrying a bag of liquid which caught fire.

“The doctor is such a good-natured person,” said a 51-year-old company worker.

“When I managed to return to work, he was really happy for me and truly congratulated me and told me, ‘Let’s live slowly and steadily.'”

The clinic, which was ravaged by the fire, aims to “create a calm atmosphere that relieves, even a little, the weariness of tired people going home from work,” according to its website.

“He is a tender-hearted doctor. This is so regrettable. I pray for his safety and hope for justice for whoever is responsible,” said a college student from the nearby city of Kobe.