Pedersen: Syria Remains One of World’s Most Dangerous Conflicts 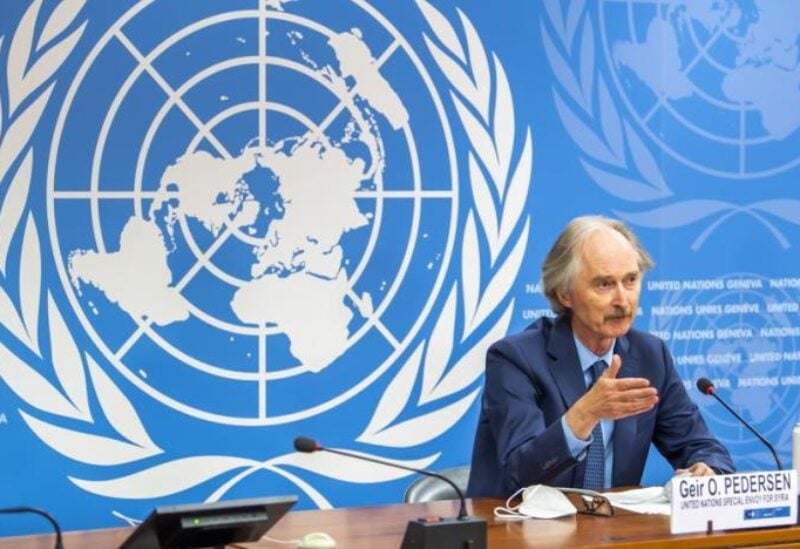 Geir Pedersen, the UN Secretary-General’s Special Envoy for Syria, admitted on Thursday that significant differences remain between the Syrian government and opposition delegations on writing the country’s new Constitution.

Briefing the 15-member Council on the penultimate day of the seventh session of the Small Body of the Syrian Constitutional Committee, he said it remains possible to find and build on common points, if the will exists to do so.

“Serious attempts should be made by all delegations to begin to narrow differences,” Pedersen said, calling for efforts that explore compromise as a way to build public trust and confidence in the process — “something sorely lacking among the Syrians at present.”

The Envoy said that Syria remains of the most dangerous conflicts in the world.

Recalling that the war marked the grim milestone of 11 years of conflict this month, he appealed to the members of that Committee to “work this week with the sense of seriousness and spirit of compromise that the situation demands.”

He said that so far, members of the Constitutional Committee have discussed draft constitutional texts in four areas of constitutional principles: basics of governance; State identity; State symbols; and regulation and functions of public authorities.

Turning to the situation on the ground, the envoy cited growing humanitarian needs, as well as the ongoing human impacts of the country’s destruction and of the economy’s collapse.

He urged all concerned to take steps to reverse those trends, and to expand the delivery of cross-line and cross-border humanitarian assistance.

“While there have been no shifts in the front lines for two years, violence has nonetheless flared between several actors — including two listed terrorist groups and five foreign armies — in the past month,” Pedersen stressed, calling for efforts to de-escalate and build a true nationwide ceasefire and for the parties to cooperate against terrorists.

Meanwhile, he said Syrians on all sides continue to be affected by the plight of the detained, the abducted and the missing. “Any credible attempt to build trust and confidence must include serious steps forward on this issue,” he stressed.

The Envoy said much could be done by Damascus and outside actors to address the challenges and concerns expressed by Syrian refugees and internally displaced persons, namely safety and security, lack of opportunities, inadequate housing, military service requirements and inadequate basic services.