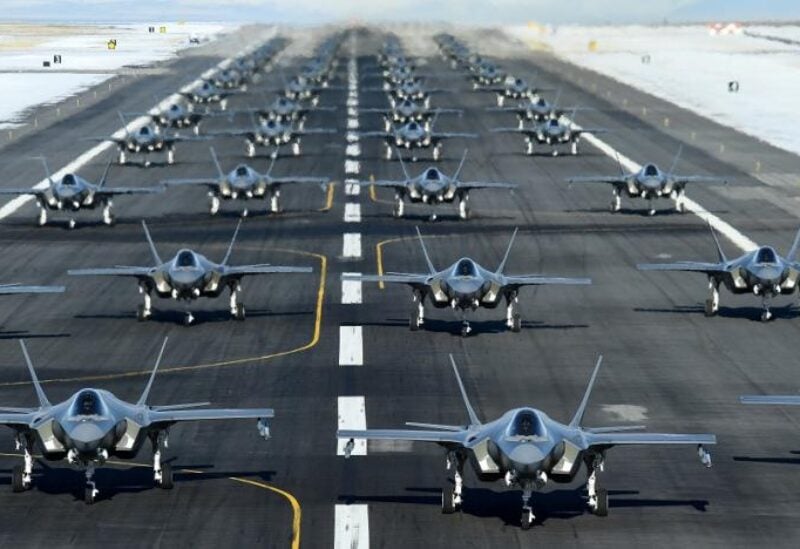 The US Department of Defense agreed with Lockheed Martin Corp to build about 375 F-35 fighter jets over three years, the two parties said on Monday, amid expectations the price of the most common version of the aircraft would increase due to inflation and slower production.

“We are pleased to announce that the Department and Lockheed Martin reached a handshake agreement for the next F-35 lot buy on a basis of 375 aircraft,” said William LaPlante, the Pentagon’s chief weapons buyer.

Earlier on Monday, Reuters reported the deal, worth about $30 billion, was nearing an agreement.

The handshake agreement came as the aviation industry gathered for the return of the Farnborough Airshow, aiming for a display of confidence after the devastation of COVID-19, even though the only records likely to be broken at the event in southeastern England are for sweltering temperatures.

The “handshake” deal is a starting point for finalizing contract pricing and award, which will likely not be locked in for several weeks if not months. So the ultimate value of the deal – and the price for each jet variant – is still uncertain.

The most common version is the F-35A, which flies conventionally from runways.

The first aircraft of that version cost $221 million when it came off the production line in 2007. Since then, production quantities and know-how have increased, helping the price of the stealthy fifth-generation fighters fall to $79 million each as it has gained buyers.

The Pentagon said the final aircraft quantity in this agreement might change based on any “adjustments made by the US Congress in the Fiscal Year 2023 budget and any orders requested by international partners.”

Lockheed said in a statement that “in the midst of continued COVID-19 impacts and decreased F-35 quantities, the F-35 enterprise was able to achieve a cost per jet lower than record-breaking inflation trends.”

Last week US data showed inflation had accelerated to an annual rate of 9.1% in June.

Amid the pandemic, Lockheed began to foreshadow that the price of the jet could rise as economies of scale diminished and supply chains stumbled.

A Pentagon previous three-year “block buy,” signed in 2019, was for 478 F-35 fighter jets, allowing Lockheed to buy larger quantities of components to reduce costs by about 8%, to $34 billion, versus negotiating annual contracts.

The F-35 has had several recent successes in jet fighter competitions, including Finland, Switzerland and Germany. Potential customers include Greece and the Czech Republic.

US Air Force Lt. Gen. Mike Schmidt, Program Executive Officer at the F-35 Joint Program Office said “The F-35 is one of the most lethal, interoperable, and scalable capabilities in the DoD inventory.”