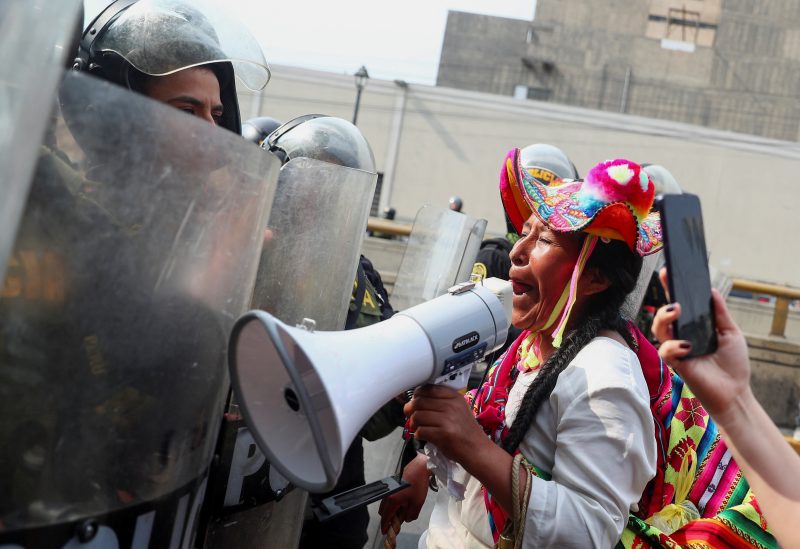 Over 200 people were arrested by Peruvian police for allegedly illegally entering the campus of a major Lima university, while authorities in Cusco closed the Incan citadel of Machu Picchu and the Inca trail as deadly anti-government protests spread across the country.

Dozens of Peruvians were injured after police clashed with protesters again on Friday, with security forces in Lima using tear gas to repel demonstrators throwing glass bottles and stones, while fires burned in the streets.

Some 46 people have been killed in the weeks-long clashes and another nine in traffic accidents related to the barricades set up amid the protests.

Alfonso Barrenechea, with the crime prevention division of the prosecutor’s office, told local radio station RPP that arrested 205 people at the Universidad Nacional Mayor de San Marcos for illegally trespassing on the university’s premises and for allegedly stealing electronic goods.

A group of masked protesters stormed the campus late Friday and removed security personnel from the campus after taking vests and other equipment from them, the university said in a statement.

In videos circulating online, an armored vehicle can be seen breaking down a door on the university campus to allow entry for security forces.

In the Cusco region, the gateway to Machu Picchu, Glencore’s major Antapaccay copper mine suspended operations on Friday after protesters attacked the premises – one of the largest in the country – for the third time this month.

Airports in Arequipa, Cusco and the southern city of Juliaca were also attacked by demonstrators, delivering a fresh blow to Peru’s tourism industry.

Cultural authorities in Cusco said in a statement that “in view of the current social situation in which our region and the country are immersed, the closure of the Inca trail network and Machu Picchu has been ordered, as of January 21 and until further notice”.

The imposing Incan citadel is a major tourist attraction, with over a million visitors per year, though that number was reduced due to the pandemic.

Protests have rocked Peru since former President Pedro Castillo was ousted in December after he attempted to dissolve the legislature to prevent an impeachment vote.

The unrest, which until this week had been concentrated in Peru’s south, has prompted the government to extend a state of emergency to six regions, curtailing some civil rights.