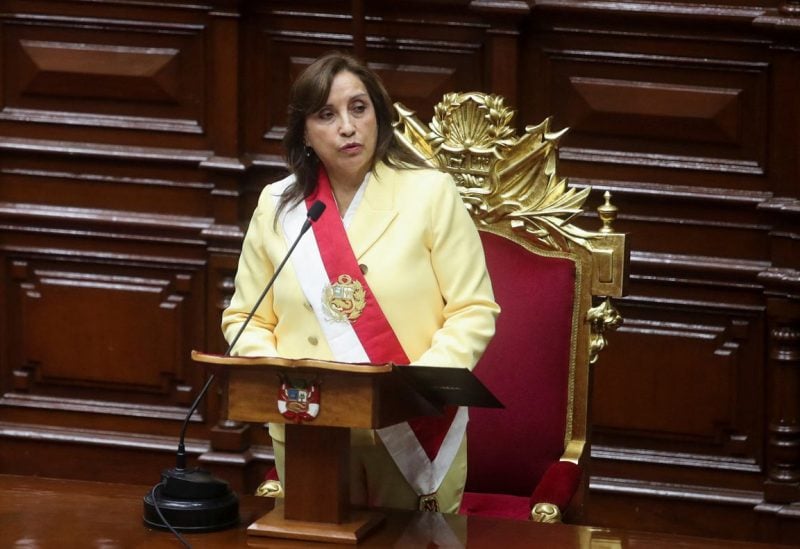 Peru's Vice President Dina Boluarte, who was called on by Congress to take the office of president after the legislature approved the removal of President Pedro Castillo in an impeachment trial, attends her swearing-in ceremony in Lima, Peru December 7, 2022. REUTERS/Sebastian Castaneda

Dina Boluarte, the president of Peru, declared on Thursday that she will give the prosecutor’s office all the tools necessary to look into the more than twenty deaths that occurred during the protests that have wracked the country since Pedro Castillo’s departure.

According to government statistics, at least 22 people have reportedly died in conflicts during the protests, and a further six have perished in car accidents due to street blockades.

Interior Minister Victor Rojas said in a conference alongside Boluarte on Thursday he had information that the protests could reignite on Jan. 4.

Boluarte, who was vice president under Castillo, assumed the presidency earlier this month after Castillo was ousted and arrested for attempting illegally dissolve Congress.

Castillo remains in pretrial detention while under investigation for rebellion and conspiracy.

Boluarte said Thursday some neighboring countries had “wrongly interpreted” what happened to Castillo.

In the days after Castillo’s ouster, the leftist governments of Argentina, Bolivia, Mexico and Colombia issued a joint statement calling for the protection of Castillo’s human rights and that those who removed Castillo should prioritize “the will of the citizens.”

Castillo’s family received asylum in Mexico, while Mexican authorities are in talks with Peru to offer Castillo political protection as well, Mexico has said.

Peru declared Mexico’s ambassador to Lima “persona non grata” and ordered him to leave the country earlier this month, for what it considered Mexico’s meddling in Peru’s internal affairs.